Danry Vasquez’s name is trending right now. However, this time it is not from his match, but because of assault. The video of him assaulting his girlfriend came out recently, which up roared whole tabloid world. So, what was the case? Know every single information about him, including his dating life with his girlfriend through this wiki!

Born on 8th January 1994, Danry Vasquez’s hometown is in Ocumare del Tuy, Miranda, Venezuela. His full name is Danry Josue Vasquez Blanco. He holds Venezuelan citizenship and belongs to mixed ethnicity. He has not revealed his zodiac sign yet. The 24 years old baseball player and a free agent will be turning 25 years in the next year 2019, January. Danry is a free agent as of now.

Danry started his career as an international free agent, signing with Detroit Tigers through which he earned $1.2 million signing bonus. After two years, he participated in 2012 season with the West Michigan Whitecaps, but couldn’t achieve his goal. Then in 2013 season, he scored 281 batting average. In July of the same year, he was traded with Jose Veras to Houston Astros. 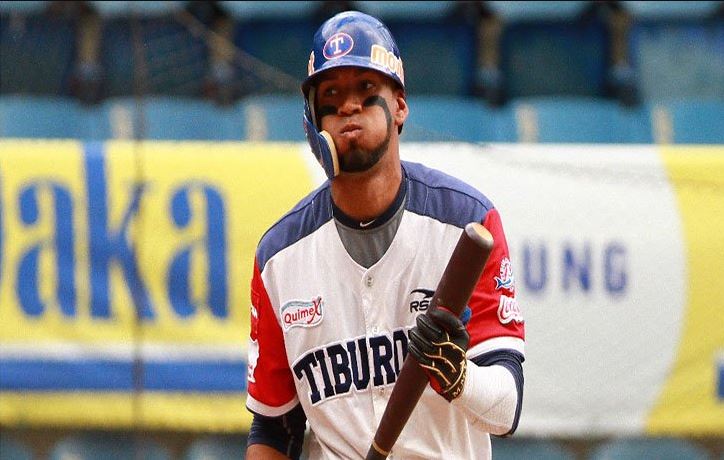 For the 2018 season, he signed a contract with Lancaster Barnstormers. However, he was freed from the deal after his domestic violence video came out. The baseball player with more than five years of experience has earned an excellent income to date. As of 2018, his net worth crosses over $1 million.

The video of 2016 released a day ago, and his behavior led to dismissal from the team. In the video, we can see him beating his girlfriend on the head, dragging her in a staircase and banging her head again at Whataburger Field stairwell.

The prosecutors arrested him and made him take anger management classes. A single assault he made on his girlfriend took away his whole career.

‘In this situation, the two people involved were very young, they’d been together as boyfriend and girlfriend since he was 16 and she was 14, in Venezuela.’

Fabiana was against releasing the video to social media. Thus, she has kept her mouth shut and has not changed her mind in revealing her relationship status.

Here is one video from his Instagram account, where we can see a woman with him. The scene is of engagement proposal. Because of this video, we are still in confusion whether they are engaged already or have parted ways.

Danry is quite a tall player with the height of 6 ft 3 inches and weighs 86 kilos. As he belongs to mixed ethnicity, his skin color is brownish white. Both his hair and eyes are black. The information regarding his body measurements is not disclosed yet.