David Lee Roth is undoubtedly one of the most outstanding performers and a frontman who made a name for himself as part of the legendary rock band Van Halen. After leaving the bar, he embarked on a solo career and reunited with the band over the years. David has earned numerous RIAA-certified Gold and Platinum albums as a solo singer.

David Lee Roth was born in 1954 in Bloomington, Indiana. He celebrates his birthday on October 10, which makes his age 66. He holds American nationality and comes from White ethnicity.

David started his career in his late teens singing solo and with a group called Red Ball Jets. Later, he joined Mammoth along with Eddie and Alex Van Halen. The band later changed their name to Van Halen. In the early years, Van Halen performed both covers and original songs and eventually earned local popularity. In 1977, Warner Brothers record executive signed them to a record contract, and the band released their debut self-titled album in 1978. The band released five more successful albums in seven years before David released his solo Ep, Crazy from the Heat, in 1985, after which he was fired.

David enjoyed a successful solo career releasing albums like Eat ‘Em and Smile, Skyscrapper, A Little Ain’t Enough, DLR Band and Diamond Dave. However, he reunited with Van Halen briefly in 1996 and 2007. The group was inducted into the Rock and Roll Hall of Fame in March of 2007. In 2012, the singer began to broadcast a video webcast on his YouTube channel and later iTunes, called The Roth Show. He also partnered with artist Ami James to created Ink the Original in 2018. As of 2021, David Lee Roth holds a net worth of $60 million.

David Lee Roth also lives like a rock star and has never been in a committed relationship. However, the singer has been hooked up with celebrities including Caron Bernstein, Fleur Thiemeyer, Brooke Shields, Sabrina Guinness and Connie Hamzy.

The singer has never officially tied the knot with anyone. Moreover, he has not fathered any children, but many women have claimed him to have fathered their child over the years. During his 20 years of Van Halen, the singer claims he “slept with every pretty girl with two legs.” David Lee Roth is single at the moment, and we might not see him being in a committed relationship in the coming years.

David Lee Roth was born to his parents, Nathan Lee and Sibyl Roth. His father is an ophthalmologist and a teacher. Likewise, his family also includes his two sisters, including Lisa Roth and Allison Roth.

David Lee Roth stands at the height of 6 feet. Despite his age, the singer has a well-maintained and fit body. 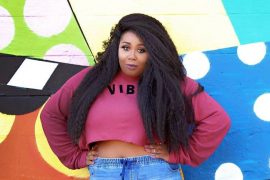