American businessman and lawyer, David Stern, was best known for being the fourth commissioner of the NBA. He served as the NBA commissioner for long 30 years from 1984 to 2014. Besides that, he also served as the Executive Vice President and General Counsel.

David Stern was born on 22 September 1942 on New York City and died on 1st Jan 2020. He was 77 years old before his death and used to possess the birth sign of Virgo. He was American by nationality and used to hold the ethnicity of white. Regarding his education, he was graduated as a history student in 1963 and then graduated from Columbia Law School in the year 1966. Besides that, he was also admitted to the bar in New York later as he passed the state’s bar examination in the same year.

David, who spent his ling 30 years as the NBA’s longest-serving commissioner, died on Wednesday at the age of 77. He was fighting a severe condition after suffering a brain hemorrhage since December 12.  Then after two weeks of undergoing emergency surgery, he was addressed dead due to brain hemorrhage. 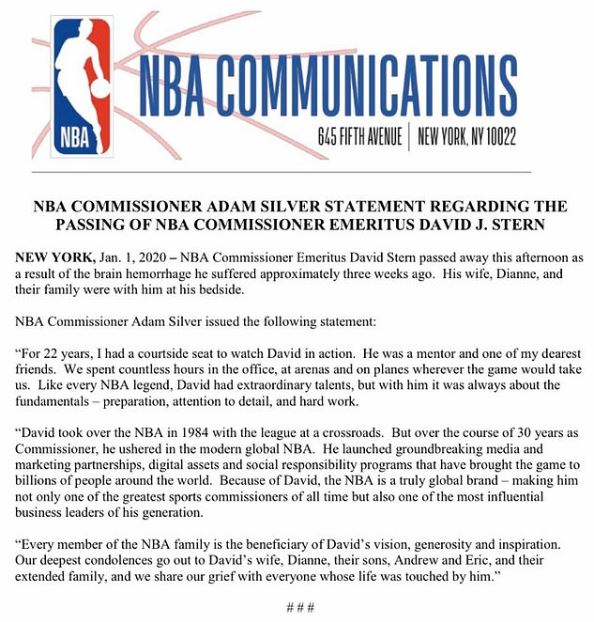 Many of his friends and his colleagues expressed condolences towards him. The current commissioner Adam Silver expressed sympathy for Stern and his family via Twitter, who was beside his bedside when he died. He wrote that;

“For 22 years, I had a courtside seat to watch David in action. Like every NBA legend, David had extraordinary talents, but with him, it was always about the fundamentals – preparation, attention to detail, and hard work”.

“Every member of the NBA family is the beneficiary of David’s vision, generosity and inspiration”.

“Our deepest condolences go out to David’s wife, Dianne, their sons, Andrew and Eric, and their extended family, and we share our grief with everyone whose life was touched by him”.

His wife and children now survive him.

Late David first started his professional career with the NBA in 1966. In that year, he was hired as an outside counsel for the law firm Rose, Goetz, Proskauer, and Mendelsohn. Then in 1978, the NBA was pleased with his work, and the NBA commissioner Larry O’Brien offered him a huge opportunity to become the NBA’s general counsel. Then he dropped his law firm to take responsibility of general counsel. And with the hard work he grew within a couple of years and by the time of 1980 he was serving as the executive vice presided of NBA.

Then in 1984, he saw the solidification of his position, which then paid off considerably when he got another offer of handling the post of commissioner of the NBA. As he took the job, the NBA became a highly profitable entity. And due to this, the 1990s and the 2000s are known still known as the golden age for the NBA. Besides the NBA, he also oversaw the foundation of the WNBA “Women Basketball League.” Then after serving the most extended 30 years as commissioner for NBA, he retired in February 2014.

Being one of the people to server commissioner for the most prolonged period of all time, David Stern must have enjoyed his earning through his professional career. And before his death, his net worth was estimated to be around $135 million with $20 million salary per year. 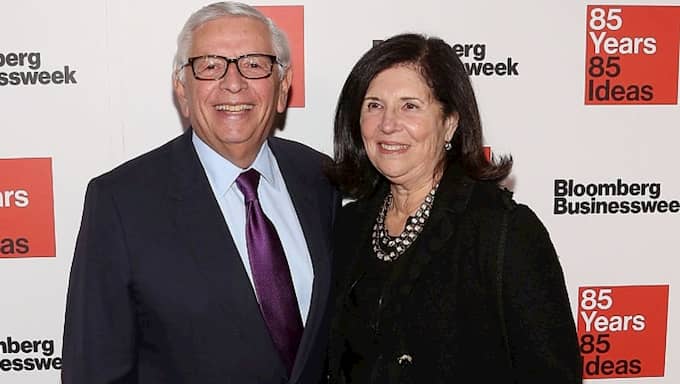 David was a married man. He was married to his girlfriend, Dianne Bock, in 1963. Together they love birds were blessed with two sons Andrew and Eric. Eric is also a renowned face who worked for CNN, and his other son Andrew recently did his graduation from NYU Law School. His wife and children currently live in Scarsdale, New York.

David was born to an American parent. He was a son of William Stern and Anna. Information regarding his siblings is still unknown to the media. 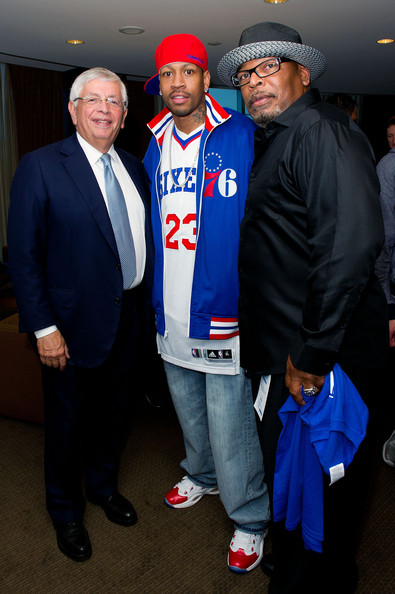 David was blessed with decent body measurement, where he used to stand tall at the height of 5 feet 9 inches. He had blonde hair with brown colored eyes.