Known by the name Deus Da Guerra i.e. “God of War” some people often associate Deiveson Figueiredo to be a ruthless person even in personal life. However, he is a very loving husband and the proudest of fathers.

Deiveson Figueiredo is a Brazilian professional Mixed Martial Artist who plays for the flyweight division of the Ultimate Fighting Championship.  In August 2019, he was ranked #3 in the UFC Flyweight rankings.  He has set a record of 17 wins and 1 loss in his entire MMA career.  He is expected to face Joseph Benavidez in the upcoming UFC Fight Night 169 that would be held on March 1, 2020.

Deiveson has been active since 2011 that was when he made his professional debut. He primarily fought in his native country and had set a record of 11-0 before he was signed by UFC. He made his UFC debut on June 3, 2017, at UFC 220 against Marco Beltran and won the match via technical knockout.  His only loss has been in the fight against Jussier Formiga on March 23, 2019, at UFC Fight Night 148.  Before that, he was also a bricklayer and a hairdresser. 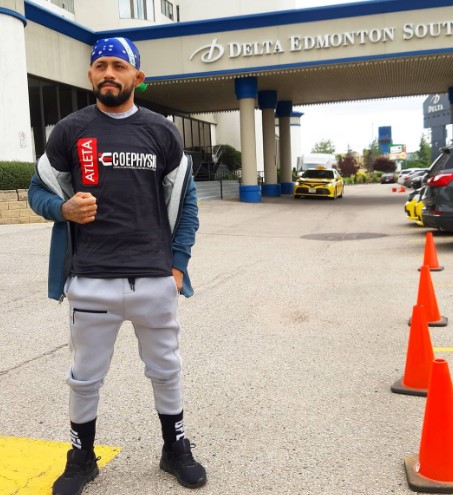 From his MMA career, he has earned a substantial income.  His per fight income is about $10,000 and every time he won, he has received a bonus of an additional $10,000.  He has been a one-time performance of the night winning an impressive amount of $50,000.  His income from his entire fighting career is approximately $150,000.  His income from his previous employment is under review. As of 2020, his net worth is estimated at $300 thousands,

He has been dating Bruna Moraes for a long time and the couple eventually exchanged vows in a lavish wedding ceremony held amongst family members and friends. The couple is blessed with a son Benicio born inMarch, 2019. On January 11, 2020, Deiveson had posted a picture with his son captioned,

“Soon he is turning 1 and my love only increases”

On October 15, 2019, he had posted a picture with his wife with the caption

“I want to have you for me, just for me, every day all day. I want you close to me at all times, squeeze you in my embrace to never let go. I want to be happy fighting every day for your happiness. I want to be your best smile and may your only tears be of joy. I want to sleep and wake up next to you, make plans and make dreams come true with you. I want to love you, today, tomorrow and forever because even if everything ceases to exist, my love for you will never disappear! @ bruninhamoraes3.”

This shows that their bond is as strong as ever.

Deiveson was born on December 18, 1987, in Soure, Para, Brazil.  Very little is known about his family as he hasn’t shared anything about his family. However, it is known that he was a cowboy along with his father until he turned thirteen. He had worked on his father’s farm before starting his fighting career.  He had moved to Belem at thirteen and started training capoeira, a Brazilian style fighting. 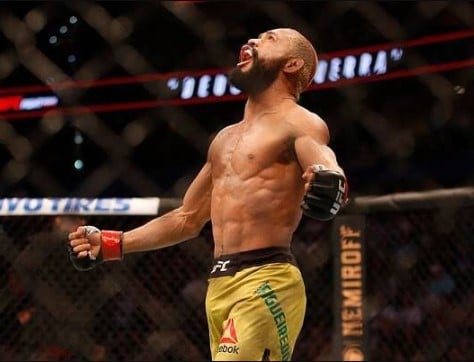 Deiveson stands at a decent height of 5 feet and 5 inches and weighs 56 kilos. He has a reach of 68 inches and a leg reach of 38 inches.