Devin Booker is a highly talented NBA player who plays Shooting guard for the Phoenix Suns. He was named a finalist to play on the 2020 United States men’s Olympic basketball team. Previously, he played college basketball for the University of Kentucky for one season.

Originally from Grand Rapids, Michigan, Devin Armani Booker was born on 30 October 1996 under the star sign Scorpio. The 24-year-old basketball player is American by nationality and part of mixed ethnicity of Mexican, African, Puerto-Rican, and American. He attended Grandville High School and later Moss Point High School. He then enrolled in the University of Kentucky.

After playing for high school and spending one season playing college basketball for the University of Kentucky, Devin started playing professional basketball for the Phoenix Suns. The Suns had drafted him in the 2015 NBA draft in the 13th overall pick. 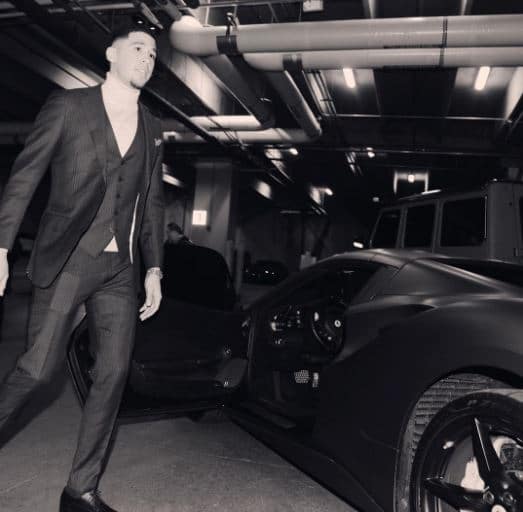 On 28 January 2020, Devin became the fourth-youngest player to reach 7,000 career points, behind only Kevin Durant, LeBron James, and Carmelo Anthony. He was even named an All-Star on 13 February 2020 as an injury replacement to Damian Lillard.

Devin is reportedly single. However, he always finds himself entangled in dating rumors. Most recently, he was allegedly dating Kendall Jenner. The rumored couple was spotted in a few public outings and was even photographed on a road trip from Los Angeles to Arizona. However, neither of them addressed the rumors.

Devin was born to parents Veronica Gutierrez and Melvin Booker. His Mexican-American and Puerto Rican mother is a cosmetologist while his African-American father is a former NBA player. His parents met in Grand Rapids, Michigan while his father was playing basketball for the Continental Basketball Association’s Grand Rapids Hoops. 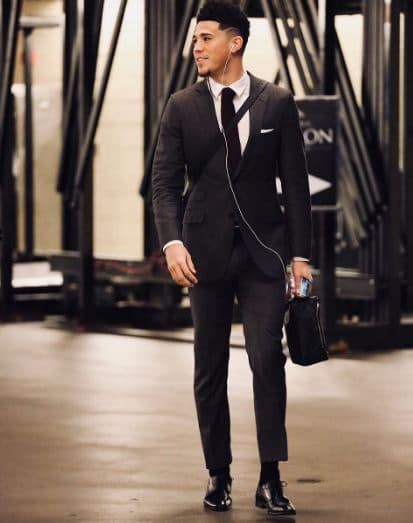 Devin has a towering height of 6 feet 5 inches. As a basketball player, he has an athletic body that weighs 93 kg.