Devin Nunes, an American politician, became the hot topic on the internet for filing a lawsuit against Twitter for fake accounts like “Devin Nunes’ Cow” and “Devin Nunes Mom.” He accused Twitter of not suspending the counterfeit accounts and letting them defame his name. For Twitter’s alleged negligence, Devin is requesting $250 million for defaming him.

Devin was born in Tulare, California, the USA on 1st October 1973. His nationality is American, and has the zodiac sign is Libra. He is the son of parents, Toni Diane Nunes and Antonio L. “Anthony” Nunes and shared his childhood with his brother, Anthony III.

Devin was a farmer and already had the mindset of an entrepreneur when he was 14. He bought seven young cattle and learned how to profit from them quickly. Later in 2001, George W. Bush appointed him for the role of the US Department of Agriculture’s Rural Development Section. In 2002, Devin ran for Republican Nomination and served as the US Representative since 2003 for California’s 22nd Congressional District.

Also, he became the Chairman of the US House Permanent Select Committee on Intelligence from 2015 till 3rd January 2019 and member of President Trump’s Transition Team. In 2017, the US Intelligence Committee launched an investigation against possible Russian Interference in the 2016 election, but he stepped aside from it. 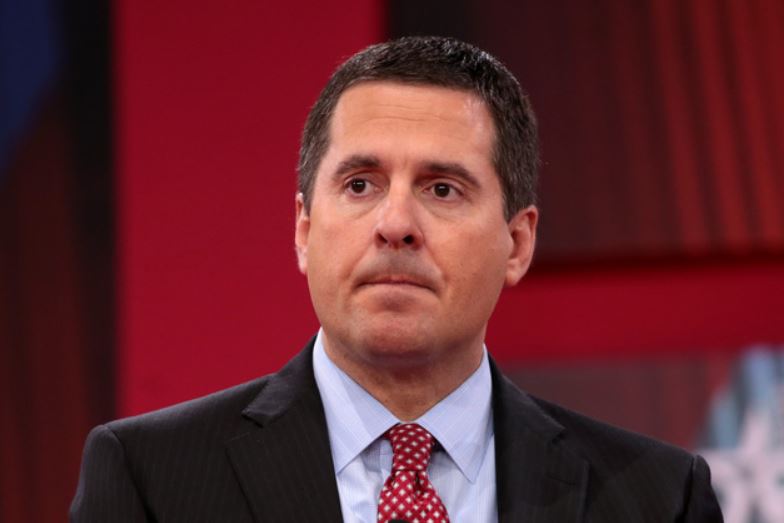 In 2018, Devin released a four-page memorandum, Nunes Memo alleging FBI conspiracy against Donald Trump. The US House Intelligence Committee concluded that the Russian Government and Trump Campaign had no plot in the 2016 election. Also, he continually started investigating on FBI for their attempts to hurt Trump.

In 2019, a piece of controversial news surfaced on the internet as Devin filed a lawsuit against Twitter for defaming his account with fake accounts like “Devin Nunes Cow” and “Devin Nunes Mom.”

Talking about his net worth, Devin had accumulated a net worth of $300 thousand as of 2019.

Devin met the love of his life, Elizabeth in early 2000. She works as an Elementary Teacher in School.

In 2003, Devin and Elizabeth shared the marital vows in a blissful wedding ceremony. Together, the couple has welcomed three beautiful daughters.

Devin grew up with his parents, Toni Diane Nunes and Antonio L. “Anthony” Nunes. They operated a farm and dairy in Tulare County and Sibley, Iowa. His family has roots set in Portuguese descent.

He got an Associate degree from the College of Sequoias and later earned bachelor’s and master’s degrees in agriculture from Cal Poly.

Devin stands tall with a height of 6 feet and 1 inch and has dark brown hair color with brown eyes.