The football community mourns today as they lost one of their greatest and legendary footballer, Diego Maradona. Diego was an icon in the sports mostly due to his controversial goal, “hand of God”, in the 1986 World Cup against England. Also known as The Golden Boy, Diego’s presence in the football community will be truly missed by all the fans, and he will always be remembered.

Diego Armando Maradona was born in Lanus, Buenos Aires, Argentina on 30th October 1960 and was 60 years old at the time of his death. Diego held Argentine nationality and came from Hispanic ethnicity.

Diego Maradona’s death devastated many football fans. He passed away on 25th November 2020, at the age of 60. His death comes after a sudden cardiac arrest at his home in Tigre, Buenos Aires, Argentina. Moreover, the footballer had undergone emergency brain surgery to treat a blood clot on the brain and was just released from the hospital on November 12 after a successful operation.

Following the death of the legendary footballer, many renowned football personalities came forward to share their respect and tribute to Diego Maradona.

“Probably the best to ever play the game and an absolute gentleman. Rest in peace, Diego Maradona.”

Besides, the chief football writer wrote,

“RIP Diego Maradona. You’d pay to watch him warm up, let alone play. Played the greatest pass I have seen live, off-balance, right-footed to Caniggia to score against Brazil in Turin at Italia 90. Time after time, Maradona performed magic with the ball. Thoughts with his family.”

Unfortunately, there seems to be no information on Diego Maradona’s funeral at the moment. However, we will make sure to update you on his funeral in the coming days.

Diego started his career at an early age and was already purchased by the Boca Juniors in 1981 at the age of 19 for a $4 million fee. In 1992, he was transferred to Barcelona at a record-breaking $7.6 million fee, which Napoli later broke after paying $10.5 million. Diego was at peak during the time as he led the team to win two titles, including their first. Moreover, he earned huge attention during the 1986 World Cup in which he strikes the ball with his hand to score against England in a controversial 2-1 victory. He denied using hand and called in as “the hand of God”, which became a famous quote in football. 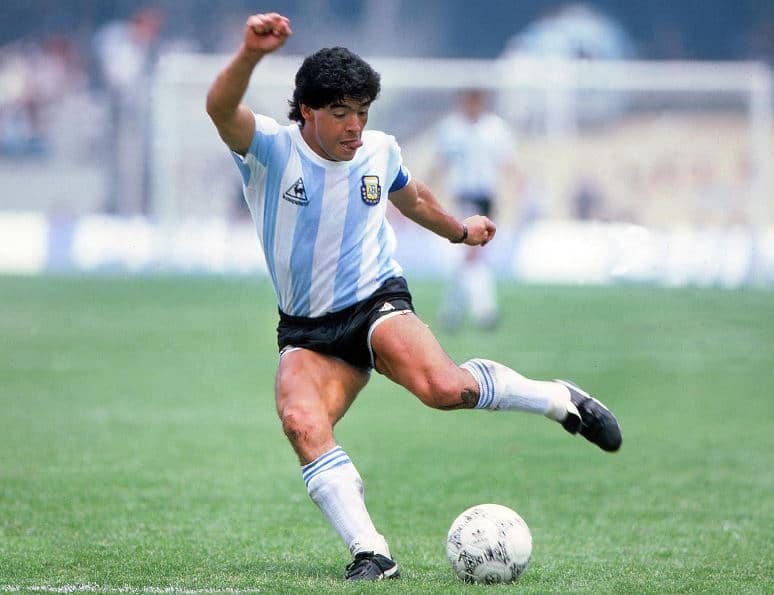 Unfortunately, Diego’s career spiked down after he was involved in drugs after which he was forced to leave Napoli after testing positive for cocaine. He was also thrown out from World Cup after failing a drug test. He finished his playing career playing for Sevilla, Newell’s Old Boys, and lastly, Boca Juniors. After his playing career, Diego was an active coach and coached Argentine Primera División club Gimnasia de La Plata from 2019 until his death. Diego Maradona held a net worth of $100 thousand before his death and owed 37 million Euros in unpaid taxes including 23 million Euros.

Diego was only married once before his death, to Claudia Villafañe. The pair tied the knot on 7th November 1984 in Buenos Aires and shared two daughters, Dalma Nerea and Gianinna Dinorah. However, the duo divorced in 2004. Besides his children from his marriage, the footballer also shared a child, Diego Fernando, with his relationship with Veronica Ojeda.

After his first marriage, Diego had been romantically involved with Rocio Oliva, whom he met in 2012. The duo was engaged in February 2014 in Rome. However, the footballer presented the ring only four years later, in 2018, on Rocio’s 28th birthday. Regardless, it’s not known if the pair were still together at the time of Diego’s death.

Diego Maradona had a height of 5 feet and 5 inches. While he did possess a fit body early on in his career, the footballer suffered from obesity in his final years due to his drinking habits.