Donald McLean III is one of the legendary singers known for his song, “American Pie.” The 8-and-a-half-minute ballad is about the loss of innocence and the evolution of American youth culture. The song was inspired by the death of Buddy Holly, J.P. Richardson, and Ritchie Valens in a 1959 plane crash. His other popular singles include Vincent, And I Love You So, and Wonderful Baby. Regardless, catch up with the singer and know more about him, including his net worth, marriages, dating life, and much more.

Don McLean was born in 1945 in New Rochelle, New York. He celebrates his birthday on October 2, which makes his age 77. He holds American nationality and comes from White ethnicity. The singer attended Villanova University.

Don made released his debut album, “Tapestry,” in 1968. Media arts released the album after it was rejected 72 times by other labels. After United Artists Records took over Mediarts, Don earned major breakthrough with his second album, “American Pie,” released in 1971. The album consisted of two number one hit singles, “Vincent” and “American Pie.” Following his huge success from American Pie, his later albums were Don McLean, Homeless Brother, Prime Time, Chain Lightning, and many others.

In 2002, his song, American Pie, was inducted into the Grammy Hall of Fame, and in 2004, he found himself in the Songwriters Hall of Fame. His song, “American Pie,” is one of the most played songs on the radio and has earned him from $300k to $500k in royalties every year. As of 2022, Don McLean holds a net worth of $50 million.

Nonetheless, the pair have been dating for almost five years and got together after Don’s split with his second wife, Patrisha Shnier, in 2016. Don only has nice things to say about his girlfriend, as he told PEOPLE,

“I’m honored to have her as a girlfriend and a partner, and we have no plans to ever break up. We are going to stay together and ride this pony as long as we can.”

Before, he was first married to Carol Sauvion, winner of an Emmy and Peabody Award for her PBS television series, “Craft in American.” The pair were married from 1969 to 1976. Later, he tied the knot to Patrisha Shnier McLean from 1987 to 2016. They share two children, Jackie and Wyatt. The pair split after he was arrested with domestic violence charges. He recently made headlines for disinheriting his daughter. 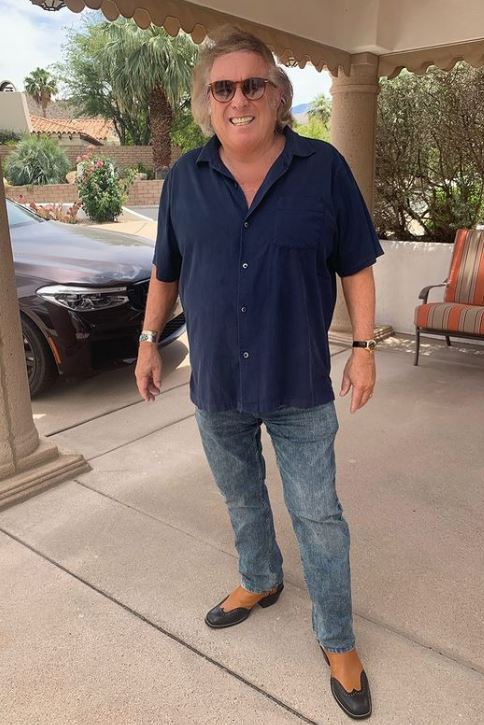 Don McLean has a height of 5 feet 10 inches and weighs around 74 kg. He has an average body considering his age.

How old is Don McLean?

Where is Don McLean from?

ow much did Don McLean earn from American Pie?

What is the net worth of Don McLean?

Who was Don McLean married to?

Who is Don McLean's girlfriend?

How tall is Don McLean?