Elle Fanning is an actor who is known for her roles in Maleficent, Ginger & Rose, The Neon Demon, The Roads Not Taken, and many others. She started playing a younger version of her sister but now has managed to succeed in Hollywood. Likewise, she has also won awards like Young Hollywood Actress, Phoenix Film Critics Society, and Satellite Awards.

Mary Elle Fanning was born in 1998 in Conyers, Georgia. She celebrates her birthday on April 9, which makes her age 23. She holds American nationality and comes from White ethnicity.

Elle started her acting career at the young age of two and started with a minor role as her sister’s younger self in “I Am Sam” in 2001. Later, she appeared in movies like Taken, Daddy Day Care and made appearances in shows like CSI: Miami, Judging Amy, and Law & Order. Her other move appearance includes My Neighbor Totoro, Charlotte’s Web, The Door in the Floor, and I Want Someone to Eat Cheese With. 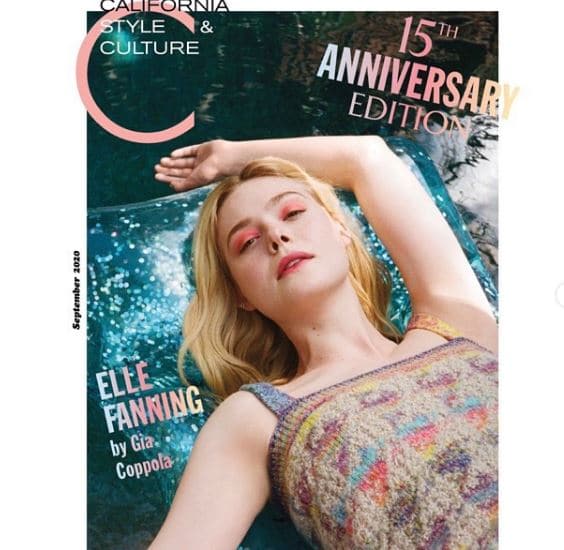 Elle had major success with a role in Phoebe in Wonderland and Somewhere in 2008 and 2009. Moreover, in 2014, the actress starred alongside Angelina Jolie in the Disney film, Maleficent. Her later movie credits include Trumbo, Ballerina, The Vanishing of Sidney Hall, Mary Shelley, Teen Spirit, Maleficent: Mistress of Evil. Her recent appearance includes movies The Roads Not Taken, All Bright Places, and The Nightingale. Besides, she also plays the role of Catherine the Great in the TV series, The Great. As of 2021, Elle Fanning holds a net worth of $6 million.

Elle Fanning has not only charmed many people with her acting but also with her stunning beauty. So, it’s no surprise that many were heartbroken to know the actress has been longtime dating her boyfriend, Max Minghella. The pair were first linked together in July 2018 when they were spotted holding hands in Florence, Italy. In August of the same year, they were again spotted enjoying a date in London. Moreover, the adorable pair made their red carpet debut in May 2019 at the annual Met Gala.

Elle and her boyfriend started dating while working together on the movie Teen Spirit in 2018. Like Elle, her boyfriend is also an actor, appearing in movies like The Mindy Project, Spiral, Social Network, and the TV show, Handmaid’s tale. Regardless, the dup prefers to keep their relationship low-key as they rarely feature each other on social media. Regardless, we can confidently say that we see a lasting relationship between the two actors.

Elle was born to her parents, Heather Joy and Steven J. Fanning. She belongs to a family with athletes as her mother was a professional tennis player while her father played minor league baseball. Elle is the youngest in the family, including her sister, Dakota Fanning, and an actress.