Have you watched ‘Diner?’ It’s a comedy-drama movie released in 1982 starring Ellen Barkin. Yes, she is the same woman who is seen in the Animal Kingdom. She has already played numerous movies and TV series and has won Emmy Awards for Outstanding Lead Actress as well. Now let’s know more about her professional and personal life through this wiki!

Born on 16th April 1954, Ellen Barkin’s hometown is in The Bronx, NY, USA. She was born to the house of Evelyn and Sol Barkin. She is multi-racial and is American by nationality. Her zodiac sign is Aries. She grew up in The Bronx along with her sibling brother George Barkin, who now works at High Times Magazine. For education, she went to Manhattan’s High School of Performing Arts.

Ellen had interest over ancient history, but she joined Actor Studio to learn acting. After gaining enough skills, she made her acting debut in a minor role via Up in Smoke movie. She was also seen in We’re Fighting Back and Kent State; however, succeeded through Diner movie. 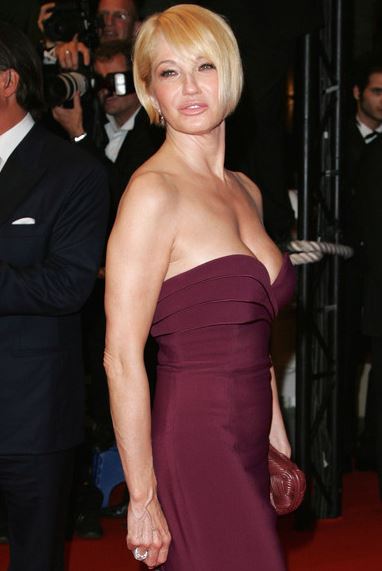 After gaining enough appreciation, she was cast in This Boy’s Life movie. She was seen along with Leonardo DiCaprio, Chris Cooper, Eliza Dushku and Carla Gugino. Apart from contributing to movies, she also worked in TV shows including Modern Family, King of the Hill, Animal Kingdom, and The New Normal. From her career, she earned a huge sum of money. Her total properties also include her alimony payment from her previous marriages. As of 2018, Ellen’s estimated net worth is $60 million.

Ellen married twice in her lifetime. Her first husband was Gabriel Byrne, who is an actor and writer by profession. The duo met each other on Siesta set and married in 1988. From this marriage, she has two kids, Jack Daniel and Romy Marion Byrne. However, they decided to part ways in 1999.

After her first marriage, she started dating Ronald O. Perelman after a year in 2000. She exchanged vows with him in the same year, lived together for six years, and parted ways in 2006. As for alimony, she received $40 million from him.

Ellen is currently in love. She found her soul mate while attending her brother George’s wedding in Venice. Her current boyfriend Ben Emmerson is a British lawyer by profession and is so much in love with her. Moreover, US Magazine mentioned her to be engaged already.

Before him, she dated different celebrities. She was first seen with Matt Dillon, who is an actor and director by profession. After him, in 1982, she was seen with Robert Duvall. In 1993, she was with Johnny Depp, and in 1995, she was in a relationship with David Arquette. Other celebrities she was seen after her divorce are Ralph Fiennes, and Sam Levinson.