Canadian actor and producer Elliot Page, formerly known as Ellen Page, is best known for his roles in films like Pit Pony and Juno and the Netflix series The Umbrella Academy. He recently hit the headlines after he presented himself as transgender and non-binary and announced his new name ‘Elliot Page.’

The 35-year-old Elliot Page was born on February 21, 1987, in Halifax, Nova Scotia, Canada. He was previously known as Ellen Grace Philpotts-Page until he came out as a transgender male named ‘Elliot’ in December 2020. He is Canadian by nationality and belongs to the white ethnic group.

Furthermore, he studied at the Halifax Grammar School until grade 10, enrolled at Queen Elizabeth High School for some time, and later graduated from the Shambhala School in 2005. He also studied the interaction program at Vaughan Road Academy for two years. His birth sign is Pisces.

Elliot Page Net Worth and Salary

Elliot had an interest in acting from an early age and even attended the Neptune Theater School. At the age of 10, he starred alongside Maggie Maclean on the award-winning CBC television series Pit Pony and won a Young Artist Award for the role. Later, he starred in the film Marion Bridge in 2002 and was also cast in the TV series Trailer Park Boys in the same year.

Elliot gained global recognition for his role as Hayley Stark in the 2005 film Hard Candy. A year later, he appeared in X-Men: The Last Stand as Kitty Pryde and reprised his role in X-Men: Days of Future Past in 2014. He received Academy Award, Golden Globe, BAFTA, and SAG Best Actress nominations for his breakout role in the 2007 hit comedy Juno. Following Juno, he landed lead roles in films like Whip It, Inception, Peacock, and Super. 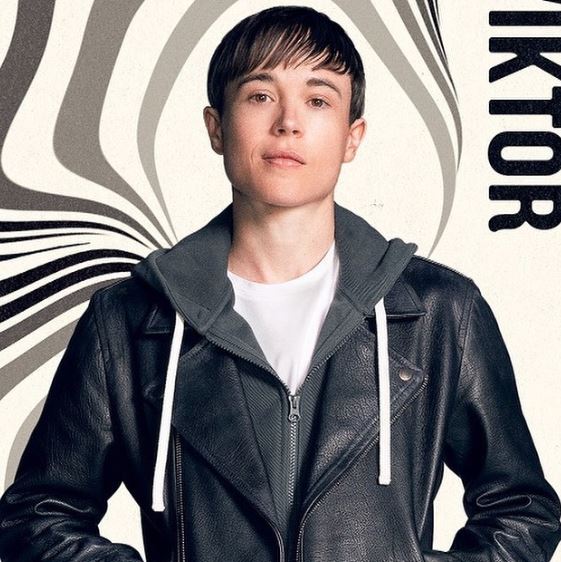 In 2016, Elliot landed the role of the titular character in the Netflix film Tallulah. The same year, he bagged voice roles in the films My Life as a Zucchini and Window Horses. In 2019, she was the lead cast in the Netflix series The Umbrella Academy where she appeared as Vanya Hargreeves.

As an actor and director, Elliot has earned a fortune worth millions of dollars. He is an exceptionally talented actor and receives huge pay for films and TV series. As of 2022, Elliot Page has an estimated net worth of $8 million.

Elliot was born female and later came out as a transgender male in December 2020. Previously, she came out as gay on 14 February 2014 during a speech at the Human Rights Campaign’s “Time to Thrive.”

The Umbrella Academy star was happily married to his partner, Emma Portner, a 28-year-old Canadian professional dancer, and choreographer. He had become transfixed on Portner after seeing her Instagram posts and began dating her in 2017. In January 2018, Elliot announced his marriage to Portner but didn’t disclose the date or details about the ceremony.

In 2021, Elliot and Emma parted ways, and Elliot is reportedly single.

The 35-year-old Oscar nominee was born to parents Martha Philpotts and Dennis Page. His mother Martha was a teacher while his father Dennis was a graphic designer. He has an older stepbrother and stepsister. 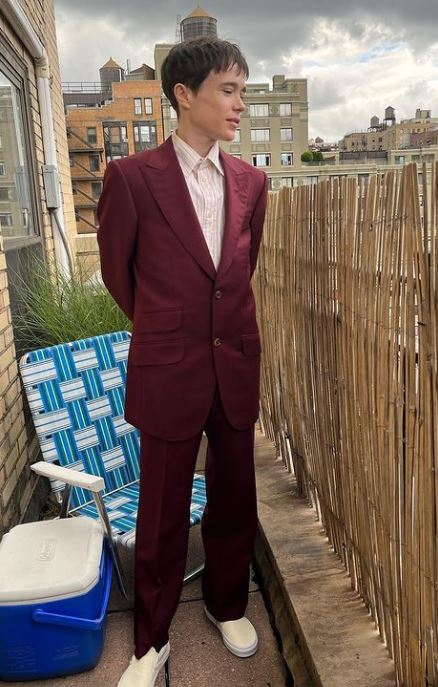 Elliot isn’t blessed with a tall height as his height measures only 5 feet 1 inch. His not-so-long height may be the reason his body weighs 5o kg. His amber eyes and naturally brown hair provide an incredible complement to his fair complexion.

How old is Elliot Page?

Where is Elliot Page from?

What is Elliot Page's real name?

Who is Elliot Page spouse?

Is Elliot Page dating someone?

Elliot is possibly dating his girlfriend as of 2022.

What is Elliot Page net worth?

How tall is Elliot Page?