When JoJo Siwa, the popular American dancer, singer, you tuber, and actress, started often posting on the Instagram account and tiktok with cute and subtly romantic captions, people has begun to speculate about her and Elliott Brown.

Elliott Brown is a high schooler and a football player who plays for the Elkhorn South High School and is all set to join Nebraska Cornhuskers Football program this year.  He is the rumored boyfriend of JoJo Siwa. 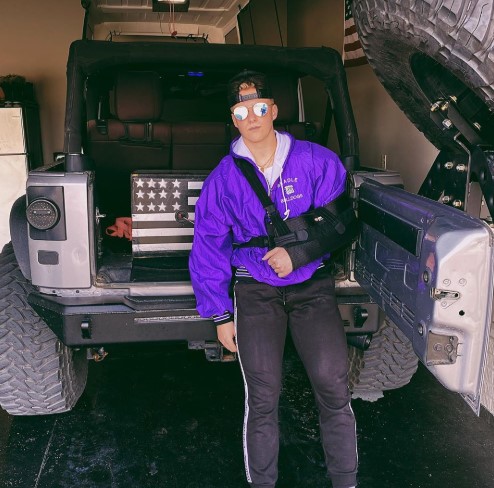 The number 14 jersey holder at Elkhorn, Elliott, is yet to play football professionally. With his entry to University, he is going to play high profile games than he did during his high school days. He may have collected some income from his high school football, but there are many more to come his way if he keeps on playing in the future.  His net worth as of date is unknown, and we will update it on a later date.

On March 01, JoJo Siwa and Elliott posted a Tiktok video of them dancing together, which has escalated the rumors of them being together. They have been posing for several photos together and subsequently posting in their social media profiles.  Before that, there had been a picture of them together, which was posted by JoJo on February 24, 2020, and captioned it as:

“Twinning for the win!! E didn’t have shoes that matched his outfit so i made him wear some fancy sparkly high tops! i’d say we look pretty cool.”

Though both of them are yet to confirm their relationship and make it official, one cannot not notice the effort they apply for each other from twinning to match each other’s outfit to grooving together in their tiktok videos. A definite couple goals, eh!

Elliott was born in Nebraska to father Lance Brown and mother, Sara Brown. Though his exact date of birth is unknown, it is known that he is 18 years old as of date. His father used to play for Nebraska University and was a wig back on the championship-winner, Husker teams, in 1995 and 1997.

Elliott is currently a high schooler at Elkhorn High School. He has received scholarships from Northwest Missouri State, Augustana, etc. but he has chosen NU as his University as he wanted to study and play football for the same team as his father.  He is very close to his mother ans has a younger sister. Not much is known about his family, and we will update it on a later date when the information is available. 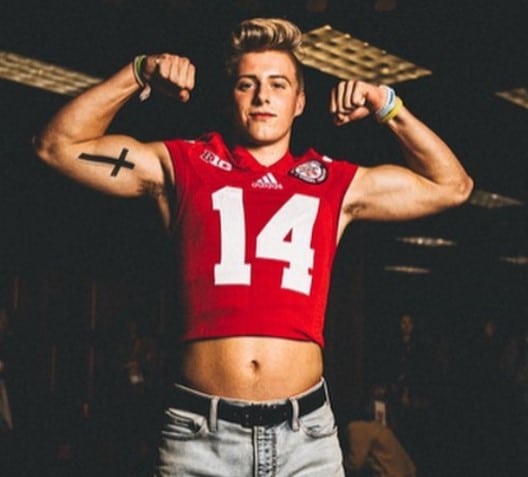 The brown-eyed and blonde-haired lad has a typical high school jock look and athletic build thanks to his engagement in sports. The gorgeous boy stands at the height of 6 feet and 1 inch and weighs around 178 lbs.  He has a large crucifix tattoo inked on his biceps.