Emery Kelly is an American actor and singer who shot to fame after appearing as a contestant on The X-Factor in 2013. He is a member of the pop trio Forever in Your Mind. Besides, he had a starring role of Lucas in the 2018’s sitcom Alexa & Katie.

Originally from New York City New York, Emery Kelly was born on 28 December 1997 under the star sign Capricorn. His full name is Emery Mikel Thomas Kelly. The 23-year-old singer is American by nationality and belongs to the white ethnic group.

Kelly has his career kickstarted by X-Factor. In 2013, he appeared as a contestant on the third season of The X-Factor, where judge Simon Cowell teamed him with Ricky Garcia and Jon Klaasen and named the group ‘Forever in Your Mind.’ Klaasen was later replaced by Kelly’s cousin, Liam Attridge in July 2014. 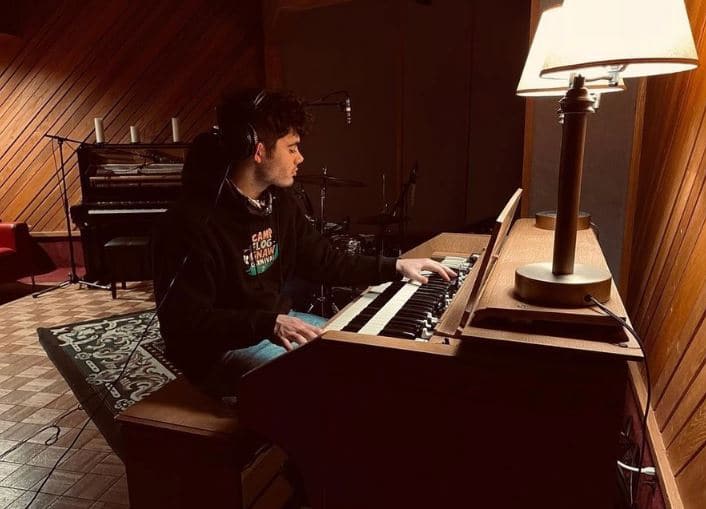 Since the formation of the band, the group has released two Eps FIYM and Euphoric and several singles such as She Lights the World, Hurricane, Compass, Rabbit Hole, and Let Go.

Kelly is also an actor and has appeared in several TV films such as Dog with a Blog, Best Friends Whenever, Forever Boys, Max Winslow and the House of Secrets, and Alexa and Katie. He will also appear in the upcoming sports drama Big Shot.

Kelly’s income is highly influenced by his acting roles in TV films and singing career with FIYM. He has earned quite a reputation and net worth since appearing on The X-Factor in 2013. As of 2021, Kelly enjoys a hefty net worth of $ 700 Thousand.

Kelly is currently dating a Singaporean model, Iman Fandi Ahmad. Though he hasn’t been vocal about his relationship with Ahmad, he seems to be head over heels for her.

On Kelly’s 23rd birthday, his girlfriend, Ahmad, wished him through Instagram. On the birthday post, she shared several pictures of Kelly, including a couple of photos where the two can be seen enjoying each other’s company. Kelly even replied to the post and said ‘I Love You’ to his model girlfriend.

Previously, Kelly was in a relationship with actress Bailee Madison in 2015. However, they broke up after just five months of dating in November 2015.

The Alexia & Kate star was born to Joanna Kelly and a firefighter father. He hasn’t disclosed his father’s name yet. He grew up with his elder sister named Veronica Kelly.

Kelly has a decent height of 5 feet 9 inches. He has a fit, medium-build body that weighs around 70 kg. His dark brown eyes and brown hair provide a perfect complement to his charming personality.