Are you a workaholic? Have a fitness problem? If yes, you should follow Emily Skye, as she is a fitness guru. Know more about her through this wiki!

Born on January 7, 1985, Emily’s hometown is in Australia. She has a sibling sister named Elise. She is best known as a fitness guru and a role model for most women in the world. She is also a web sensation with millions of fans and followers all around the world. 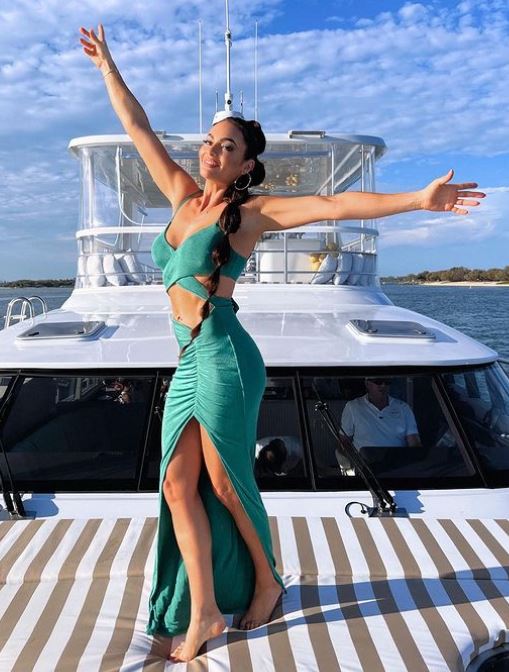 Emily Skye started her career as a fitness and workout guru as she achieved the best way of maintaining her body without going to a gym. In 2017, she began providing a diet and workout plan, as she became pregnant.

Emily is a fitness queen as well as an internet icon. She is a role model as well as the heart of fans all around the world. For the person who has mass fans and subscribers, the net value is believed to be high. In the year 2015, Skye’s worth was just $4 million. She took $500 thousand after suing an athlete in the same year.

In October 2017, her net worth was calculated to be $30 million. It was 26 million dollars more than she had in 2015. The AFR Weekend newspaper featured her net worth on its front page. 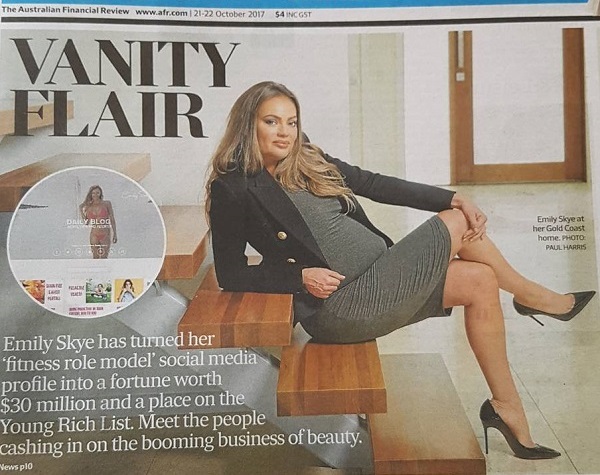 Talking about her annual income, it crosses over $2 million. Most of her income comes from her social media sales, YouTube revenue, and the programs and events she organizes.

Emily is dating Declan Redmond starting in the year 2013. She was 24 years of age when she met Declan for the first time. The duo is now in relation for more than eight years, and they might get married soon. 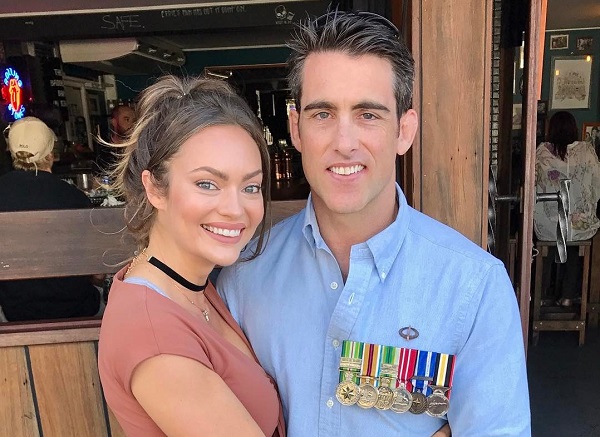 Declan, Emily’s boyfriend, helps her in maintaining her body, and her workouts. Both share the same screen on the YouTube channel, and both together give training exercises. As Declan is a workout and diet enthusiast himself, the relationship is a complete match.

Emily announced her three-month pregnancy through her Instagram account in June 2017. Skye, 32, shared the blissful moment with her fans and followers showing her baby bump.

So, the baby girl was on the way and expected to be born in December 2017.

Emily finally gave birth to her baby girl this December. On the 18th of Dec. 2017, exactly at  11:53 AM, she gave birth to her daughter and named her Mia Elise Redmond. She also mentioned the weight of 3.5kg of her child and mentioned her to be healthy.

Emily gave birth to her son Izaac Redmond in June 2020. She shared a candid photo of the delivery via her Instagram profile. The ambulance workers had to set up a makeshift delivery in her own room.

Emily is active on social media. She has the highest fan followings on Facebook counting 9.8 million. The second comes Instagram with 2.6 million followers. Her Twitter followers and YouTube subscribers are low with 101.2 thousand and 77 thousand in volume respectively.

What age is Emily Skye?

What nationality is Emily Skye?

Answer: Emily is Australian by nationality.

How much does Emily Skye weigh?

What is Emily Skye’s net worth?

Who is Emily Skye’s husband?

Answer: Emily Skye is married to Declan Redmond, who is a fitness star.