The actress of Vicar of Dibley is no longer with us. She left everything and passed away on 21st February 2018. The one who came to fame through the role of Alice Tinker and the one to give a voice for ‘The Wind in the Willow’s sudden demise has made all her fans sad. She was also known for her acting in Notting Hill movie. Let’s know how she was, who was her husband and more information on this wiki!

Born on 11th March 1964, Emma Chamber’s hometown was in Doncaster, West Riding of Yorkshire, UK. Her zodiac sign was Pisces. She belonged to White ethnicity and was British by nationality. She went to Webber Douglas Academy of Dramatic Art to know course contents in acting. Because of alleged natural causes, she died on 21st February 2018.

Emma stepped into the field of entertainment in the year 1994, through the TV series The Bill. After getting in from small parts, she was offered a role of Alice Tinker for the BBC comedy box ‘The Vicar of Dibley.’ She worked for the series starting from 1994 to 2007.

Apart from these, she contributed in other TV series and movies like How Do You Want Me? Notting Hill, Take a Girl Like You, The Wind in the Willows, Little Robots and more. Someone who gave more than two decades of life to the industry had earned a reasonable sum of money too.

The report of 2017 mentioned her annual income to be near to $150 thousand. And before her death, her net worth was $3 million.

Emma was married to her husband Ian M. Dunn. The ex-couple hitched in the year 1991 June and shared 26 years together. The wedding took place in the New Forest, a private wedding ceremony with only close friends and relatives attendance.

Emma recalled about her married life during an interview with Independent UK:

‘My wedding was very short. I was playing the lead in an Alan Ayckbourn play and was only given one day off. My sister, Sarah Doukas, is a model agent and one of her bookers made me a dress which cost £180. I still look at it in my wardrobe and think it is one of the most beautiful things I have ever seen. The wedding itself was in the New Forest. I loved it because I had never had a big party before as we had always been on the move when I was a child.’

Ian Dunn, Emma’s spouse, is an actor by profession who has contributed to many movies like Gulliver’s Travels, Girls in Love and more. Before her demise, she was living with her spouse in her residence in Lymington, Hampshire. She had no kids.

Emma is no longer with us. The one who had contributed a lot to the industry died on 21st February 2018, The BBC Network mentioned. The actress was just 53 years old when she passed away. 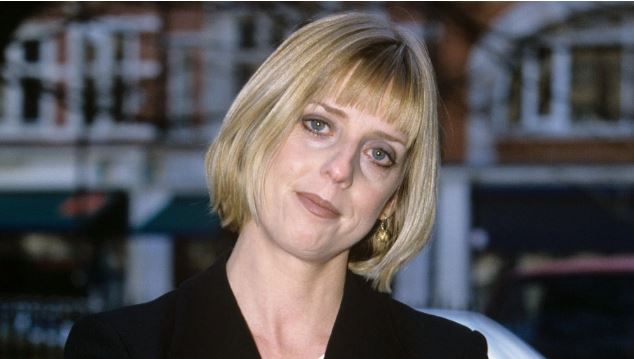 The report provided by her family regarding her cause of death was mentioned as a natural cause. But there is chaos among her fans with just a question: who dies at 53 from a natural cause? Well, it’s still not clear.

Emma was decently tall with good weight. Her eyes were blue, and hair was blonde. As she was British, her skin color was white. The information of her body measurement never came out to media.