Emma Slater is a dancer and a choreographer. The 29-year-old  Emma was born in England. She had the passion for dancing from an early age and has won several titles and awards from various dancing shows. She rose to fame from “Dancing with Stars.” She recently got married to Sasha Farber is happily living her life. Let’s know more in detail on this wiki!

On 25th December 1988, Emma Slater was born in Tamworth, Stafford-shire, United Kingdom. Emma is professional dancer/choreographer. The British choreographer is Capricorn by birth and has an impressive number of followers as befitting her zodiac sign. She has about 700k followers on her Instagram and 150k followers on Twitter till date.

The 29-year-old Emma is mostly known for her appearance on Dancing with the Stars. She grew up with her twin sister in England and both the sisters had the passion for the dancing from their early childhood. At the age of 10, she started ballroom training and Latin American dance forms and won several competitions in England. In 2005, she was featured as a dancer in the music video of George Michael.
In 2006 and 2007, she was a dance caption in Cuban Groove and Ballroom Supervisor in Dirty Dancing. She loved dancing and was perfect for her role Slater is mostly known for “Dancing With The Stars ” and been with the show from its 14th season.She met and dated her current husband in the show and married him later. In 17th season she was announced as one of the new female professional dancers. She has also appeared in hit ABC television series. Emma’s net worth is around $300 thousand, but her salary has not been revealed yet. 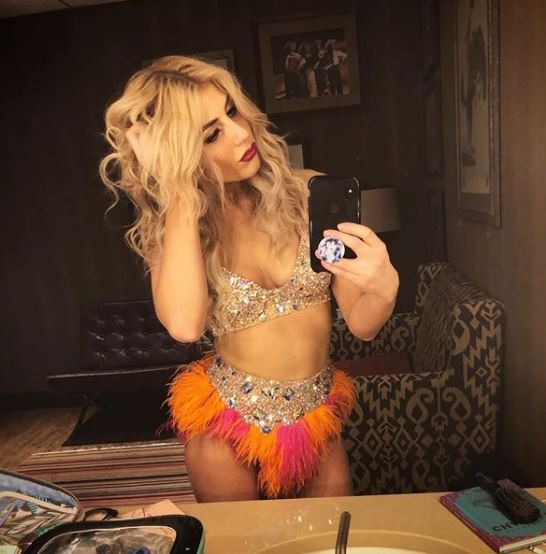 Married to her Husband, Sasha Farber

Emma is married to Sasha Fiber, who is an Australian professional dancer. Emma and Sasha got married on 25th March 2018. They both were the member of Dancing With The Stars.They fell in love and dated about four years.

They are a newly married couple and are very much in love. As both are from the same professional background, they are likely to understand each other and share their passion for dance.

Emma is a British by nationality. The details about her parents are not revealed. She has a twin sister. The twins share the same passion, i.e., dance.