It was a breathtaking night for 2019 Cricket World Cup final, as England won with super over against New Zealand. However, not only by luck, the captaincy of England; Eoin Morgan hand played a vital role in winning 2019 Cricket World. Eoin is an Irish cricketer who plays as the captains for England cricket team in limited-overs cricket. Also, he scored the highest sixes in ODI innings, having 17 sixes against Afghanistan.

On 10 September 1986 in Dublin, Ireland, Eoin Morgan was born to parents – Jody Morgan and Olivia. He holds to English/Irish nationality and belongs to Irish ethnicity. He was raised along with five siblings – Laura, Evan, Gareth, Gwen, and Gavin. Furthermore, he earned his education form Catholic University School on Leeson Street; as student-he led his school three cup titles. Then, for further study, Eoin went to Dulwich College in Dulwich, London.

Initially, Eoin started playing cricket since his childhood and then played for his school winning three Leinster Senior Schools Cup champion teams. Then, he got the chance to represent Ireland at Under-13, Under-15 and Under-17 level of youth teams; becoming the youngest senior international.

After, his skills as a batsman were shown in Irish under-19 squad for the 2004 Under-19 Cricket World Cup. Later, in U19 Cricket World Cup, he became the run-scorer with the aggregate of 606 runs. On 5 August 2006, he made his One Day International debut at the European Championship against Scotland. During his ODI, he scored 99, a point-less for a century.

Then, he joined in the 14-man squad in England to face West Indies and played a three-match ODI series in May 2009. Later, he made his debut in One Day International as England player but wasn’t given a chance to impress his talent.

The 32-year-old, Eoin is married to his beautiful wife, Tara Ridgway; who works in Burberry’s PR department. The couple shared their vows in 2018 after sharing a long term relationship. Before their marriage, the pair first met each other when Tara was 17-years-old in Adelaide. Since then, their closeness began to emerge, leading toward the romantic couple. 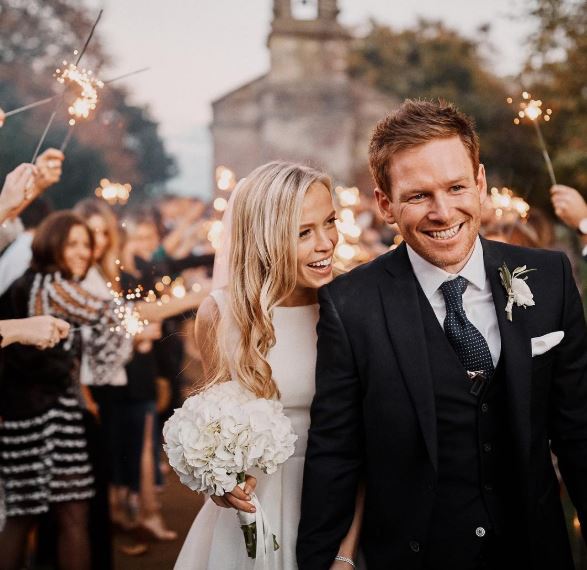 Afterward the Australian native, Tara moved to England to become closer with him. So, after having a long relationship, in November 2018, they swear an oath to take their love for eternity. 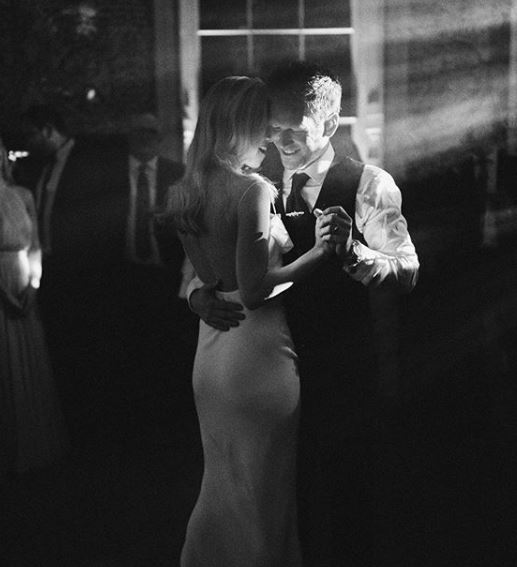 Eoin and his wife Tara enjoy their free schedule in traveling and vacating. However, the pair hasn’t decided yet about their children news.

Eoin was born with the real name Eoin Joseph Gerard Morgan to parents Jody and Oliva. His father was third XI captain who taught him how to play cricket at Rush Cricket Club. He was brought and raised in Rush with siblings Laura, Evan, Gareth, Gwen, and Gavin.

Since his early teen, he played hurling every twice a week, which helped him in developing skill in bating as he hasn’t stopped walking the pathway of success.

As a left-handed batsman and right-arm medium Bowler, Eoin height stands at 5 feet 9 inches and weighs about 79 kgs. He has brownish hair and black color eyes.