Erik Finman is a 22-year-old high school dropout who became the “youngest Bitcoin millionaire in the World” at the age of 18. Most recently, he hit the headlines after he made the announcement of the Freedom Phone.

Hailing from the United States, Erik Finman was born on 26 October 1998 under the star sign Scorpio. Thye 22-year-old Bitcoin millionaire is American by nationality and belongs to the Caucasian ethnicity. He dropped out of high school at the age of 15.

Finman became interested in Bitcoin and cryptocurrencies in 2008 following the financial crisis. He used $1,000 from his grandmother to buy around 100 Bitcoins, which were valued between $10-12 each at the time. 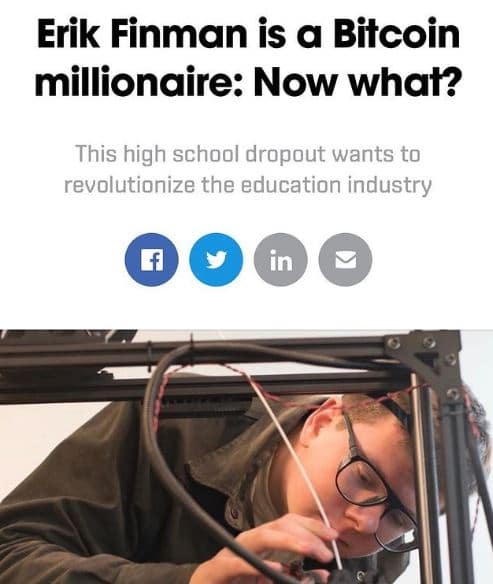 After dropping out of high school, Finman sold $100,000 worth of Bitcoin and went on to found the education startup, Botangle. Two years later, he sold the company and moved to Silicon Valley when he was 17.

Finman is thought to have become a Bitcoin millionaire at the age of 18 when the cryptocurrency was valued at $2,700. He launched Metal Pay, a platform to provide people of all knowledge levels with the ability to invest in Bitcoin, in 2019. On 14 July 2021, he announced the launch of the Freedom Phone, a device he claims is completely uncensored.

Assessing the worth of cryptocurrency millionaires is a tricky business. At just the age of 22, Finman is estimated to be worth $5 million.

As of now, Finman appears to be single in the public eye. The Bitcoin entrepreneur hasn’t publicly announced being in a relationship with anyone. However, some of his old Instagram posts in 2018 suggests to us that he could have a girlfriend.

Finman is one of four children born to his parents – Paul and Lorna. His parents had met while pursuing their Ph. D.s at Stanford.  He is the youngest of three siblings. Together with his three brothers, Finman grew up in Post Falls, outside of Coeur d’Alene, Idaho.

His brother Scott went to Johns Hopkins at 16 and now has an enterprise software company. Likewise, his older brother Ross went to Carnegie Mellon at 16 for robotics and then pursued Ph.D at MIT. 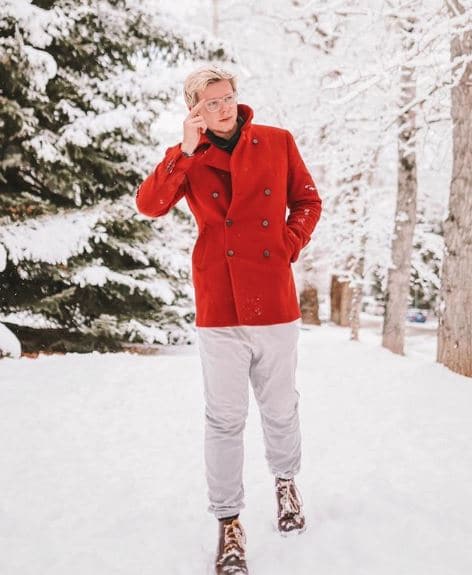 Finman stands tall at the height of 5 feet 7 inches. He has a well-maintained, fit body that weighs around 68kg. He has brown hair and dark brown eyes.