Workplace Romance is considered a distraction by many employers and employees alike throughout the world and in some cases has been true as well. But there are various successful romances that evolve in the work environment and become the motivating factor as well as strength for one another to perform their best. One such case is of Erin Como and Chris Smith.

Erin Como is an American Traffic Reporter and Television Personality who is working for FOX 5 Morning News. Having a keen interest on hosting and organizing events since childhood, she had hosted her first event, a talent show, when she was still in school and even hosted various programs in the ‘Our Television Network’ of her school.

Erin started out her career started in WCAU-TV in Philadelphia where she was an editor and traffic reporter. Later she joined Fox-owned and operated television station WTGG and was assigned for the show Morning News and Good Day DC for FOX 5. Prior to that, she had worked for FOX 17 in its morning show. Besides that, she hosts a cooking show called ‘Cooking with Como. She had also hosted various shows and series such as ‘Road Trippin’. 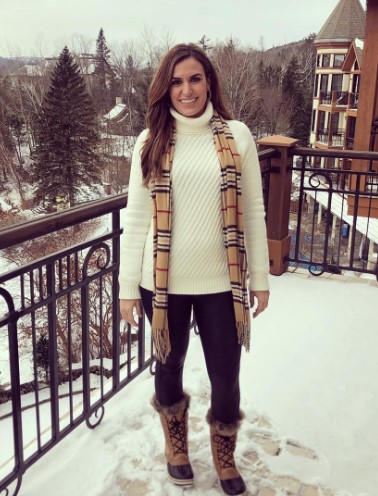 A news anchor at FOX earns an average salary of $75 thousand or more. However, she is not just involved with one shows but multiple of them including her own franchise and various events. Hence, it can be estimated that she earns somewhere around $200 thousand dollars which is yet to be verified. With the number of shows she has dabbled in and the events she has hosted, she has amassed lucrative Net Worth of $800 thousand dollars.

Erin has been dating her colleague Chris Smith for a long time. Chris is a senior producer at Good Day DC and is engaged to him. They have a good rapport belonging to the same television where she works in front of the camera and her beau behind the same. Chris is often found gushing about his partner and how he had fallen in love with her at first sight. Erin had been dating another guy whose identity is unknown and was even engaged to the same. Later things didn’t work out between them and they ended their relationship but were sharing an apartment when Erin first met Chris. Erin and Chris informed the world about their relationship via a podcast.

Erin was born on January 31. 1984 to licensed clinical social worker father David Como and mother Patricia Trautman Como. Her father was an administrator for the Philadelphia’s Northeast Community and her mother was a director at Head Start. She has an elder sister called Leah who is a school teacher. Erin was 4 years old when her family had moved from Richmond, Va. to Bensalem, Pennsylvania.  She had attended Bensalem High School and later graduated from Temple University with a double major in Broadcast Journalism and English. 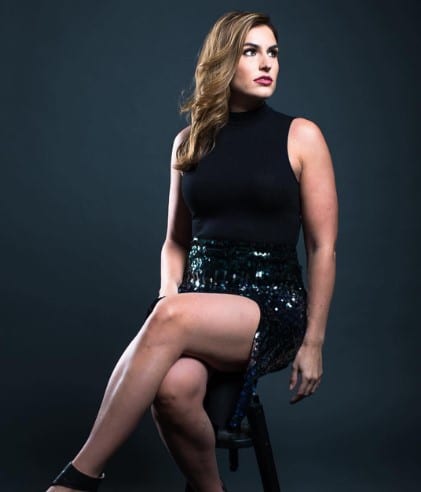 The eye-striking beauty is known for her voluptuous physique and considerable height. Her impressive personality and confidence add to her natural charm and delightful good looks. She confidently flaunts her glossy brunette curls. She is pretty athletic and likes to keep herself fit through her extensive workout routine that includes gymnastics, planks, squats, and dance. She stands at an average height of 5 feet and 4 and a half inches. Her weight is not yet known but looking at her pictures we can say that she is nowhere near being overweight despite her delectable curves.