American professional boxer Errol Spence Jr. is one of boxing’s biggest talents and brightest stars. BoxRec ranked him as the world’s third-best active boxer, pound for pound, in December 2019. As of December 2020, he holds the IBF title and the WBC title. He has a knockout-to-win ratio of 80.8%.

New York native Errol Spence Jr. was born on 03 March 1990 under the star sign Pisces. The 30-year-old boxer is American by nationality and belongs to mixed ethnicity (Jamaican and African-American). He is also known by the alias ‘The Truth.’

During his amateur career in the welterweight division, Errol won the U.S. National Golden Gloves in 2009 and three consecutive national amateur welterweight championships from 2009 to 2011. He participated in the 2012 London Olympics but lost to Andrey Zamkovoy in the quarter-finals. Shortly afterwards, he turned professional, ending his amateur career with a record of 135-12. 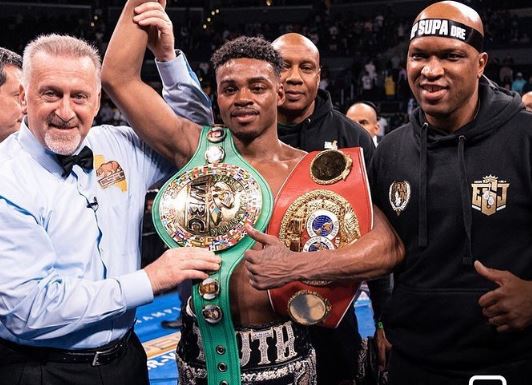 At the age of 22, Errol made his professional debut against 19-year-old Jonathan Garcia at the Fantasy Springs Casino in Indio, California. He knocked Garcia down and out in the third round. By the end of 2013, he stood victorious in all his 10 professional bouts, 8 of them by way of knockout.

In 2015, ESPN named the IBF champion as ‘Prospect of the Year.’ On 27 May 2017, Errol won the IBF welterweight title, knocking out Kell Brook after 11 rounds. He landed 246 of 633 punches thrown while Brook landed 136 of 442 punches at the time. In January 2018, he won the fight against WBA champion Lamont Peterson. Later, he retained his IBF title in the bout against Carlos Ocampo, knocking him out in the first round, in June 2018.

Errol is set to defend his IBF and WBC welterweight world titles against Danny Garcia, former two-division champion, on 05 December. As of 2020,  has an estimated net worth of $7 million.

Errol has remained low key about his personal life and hasn’t shared much about his family. He is a father of three children – two daughters – Ivy Spence and Violet Spence – and a newly born son. On 28 October 2020, he welcomed a son named Errol Dallas. However, nothing is known about Errol’s lady love.

Errol hasn’t revealed anything about the mother of his two daughters and a son. He is a proud father and often cut down his training and games to take care of his kids. He currently lives in Desoto, Texas, with his three kids and their mother.

The 30-year-old southpaw was born to parents Errol Spence Sr. and Debra Spence. His father is of Jamaican descent and his mother is of African-American descent. It was Errol’s father who introduced him to the sport.

Errol has a sister. But nothing is known about her. 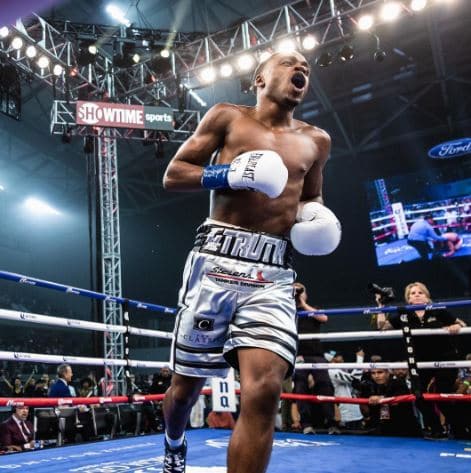 Errol has a decent height of 5 feet 9 inches. The WBC welterweight champion weighs about 146.4 pounds.