Ethan Finkelstein is the co-founder of the Instagram phenom “Cheap Old Houses” and the CEO of a full-service digital marketing agency “Color + Information.” Together with his wife Elizabeth, Ethan stars in a brand new eight-episodes HGTV and Discover + TV show “Cheap Old Houses.”

Originally from Cherry Hill, New Jersey, Ethan Finkelstein was born on 22 September 1983 under the star sign Virgo. The 37-year-old graphic designer is American by nationality and belongs to the Caucasian ethnicity. He attended Cherry Hill High School East and later joined the Art Institute of Philadelphia, where he graduated with a BA in Interactive Media in 2003.

Ethan, alongside his lovely wife Elizabeth, runs an Instagram page @cheapoldhouses that features real estate listings from across the country. The page is dedicated to houses that are more than 100 years old with asks under $100,000. 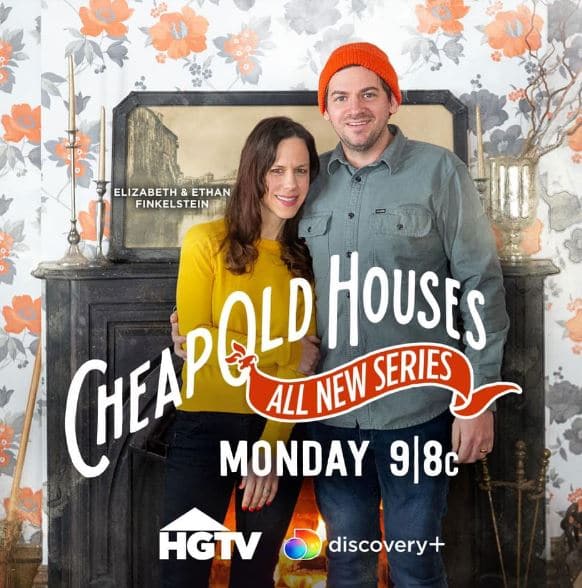 The couple, who also run the historic homes listing platform called Circa, has garnered a huge following on their Instagram page, Cheap Old Houses. The two have landed a brand new reality show, Cheap Old Houses, which premiered on HGTV on 9 August 2021.

Ethan and his wife try to rescue, renovate, and sell majestic yet low-priced old properties in each of the eight episodes. Apart from the startup and TV show, Ethan has undertaken numerous Graphic and Interactive Designer jobs. He also served as an Art Director at a Hugo Boss project.

Ethan and his wife have been making a decent income from their real estate startup and Instagram page. The New York-based couple has earned millions of dollars and lives an expensive life. As of 2021, they have a cumulative net worth of $1.5 million.

Ethan is happily married to his wife, Elizabeth Solomon Finkelstein. He is four years younger than his wife. His wife attended NYU and worked in historic preservation. The two share a common love for saving and preserving old houses.

According to reports, Ethan married his wife in her 1850s Greek revival family house in Queensbury, New York. The couple shares a 6-year-old son Everett. The family of three lives happily in a 1700s farmhouse in the far upstate New York.

The Low-key Ethan hasn’t revealed anything about his early life, family, and parents. According to his Facebook posts, he likely has two older siblings, a brother, and a sister.

Ethan’s mother grew up in a farmhouse in New Hampshire. He has so many childhood memories in that house.

Ethan stands tall at the height of 6 feet 2 inches. He has a well-maintained fit body that weighs 74kg. His dark blond hair and gray eyes provide a perfect complement to his fair complexion.