Evettexo is a popular social media star who turned into a full-time YouTuber after leaving her career as a personal banker. Regardless, Evettexo is now an entrepreneur as she has launched her own cosmetics line and fashion merchandise. Learn more about the amazing influencer and know more about her family, career, net worth, and husband.

Blanca Evette Garcia was born in 1991 in the United States. She celebrates her birthday on July 31, which makes her age 30. She holds American nationality and comes from a mixed ethnicity.

Evettexo grew popular, sharing the beauty and makeup tutorials and product reviews. Likewise, she has also amassed a large number of views through her vlogs and challenges. Evettexo has over 779k subscribers on her channel and over 70 million views. Moreover, she is also popular on Instagram with 1.1 million followers. Due to her immense popularity, she has been endorsed by various brands.

Evettexo is also popular on other social media platforms, including TikTok, with over 581k followers. On the other hand, Evettexo also has her own line of cosmetics named exocosmetics. Likewise, she also has her own line of merchandise, including sweatshirts, hoodies, and masks. As of 2021, Evettexo is estimated to hold a net worth in the thousands.

Those who have been following the influencer for a while will have no problem recognizing her husband, Ulysses Benitez. According to his Instagram, Ulysses is the CEO of Sharp & Dapper Collection and also has his own podcast, Need It. The pair were engaged in 2015 and tied the knot in 2016.

Evettexo is very open to sharing her relationship on social media and is often featuring her husband with adorable captions. During Valentine’s Day 2021, Evettexo shared that she had asked him for a date on Valentine’s Day a decade ago.

“To think that almost a decade ago I asked you to be my Valentine’s ahahha. You’re welcome, babe no need to thank me for blessing your life.”, she wrote.

Regardless, Evettexo and her husband also share two beautiful children. Their son, Max, was born in July 2018 and their daughter, Camila, was born in August 2019.

Evettexo has not shared much on her parents. The social media influencer has also not featured them on her social media. Likewise, there is no information on her siblings, if she has any. 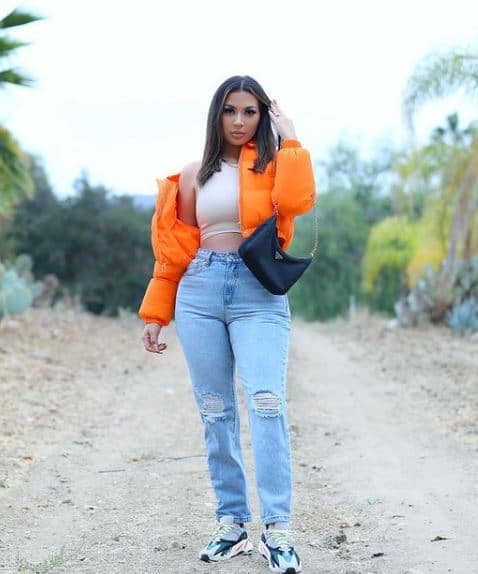 Evettexo stands at the height of 5 feet and 6 inches. Likewise, she has a stunning curvy body. Her facial features include her dark black hair and black-colored eyes.