Garrett Yrigoyen is best known as a professional medical sales representative, and winner of 14th The Bachelorette. Rebecca Kufrin chose him as her partner in the season finale and made him a winner. He was the same guy to win her First Impression Rose in the season premiere. Now let’s know more about him including his past affairs through this biography!

Born on 24th February 1989, Garrett Yrigoyen’s hometown is in Manteca, California. He is American by nationality and is of white ethnicity. His zodiac sign is Pisces. He is one of the children of David and Barbara Yrigoyen. He went to the University of Nevada for education. Nothing much information regarding his siblings are provided.

Net Worth, Salary, and Job

Garrett started his career as a medical sales representative and surgical technology consultant. However, he gained popularity after being one of the contestants in 14th The Bachelorette. In the show, he had to do everything to win the heart of Rebecca Kufrin.

He was also a baseball star while in high school. He also had an interest in playing football. After playing for San Joaquin Delta College, he was transferred to the University of Nevada. He was ranked on the top, who started 55 games in 2011. 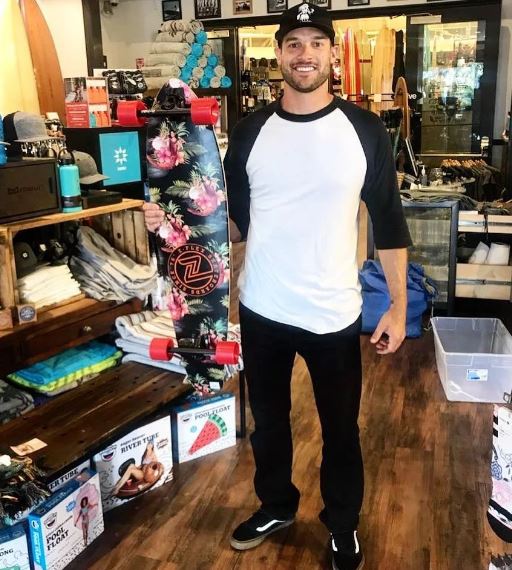 From his career, he has made good name and fortune to date. As a medical sales representative, his average yearly salary is around $141,464 or maybe more. After his appearance in The Bachelorette, his net worth also uplifted to $800 thousand.

Garrett participated and won The Bachelorette season 14, which featured Rebecca Kufrin. He was the lucky guy getting First Impression Rose from her, and at the same time, they shared kisses.

In the finale, she had to choose between Garrett and Blake. However, the final date changed everything. Garrett successfully intensified her feelings.

‘Becca, from honking up the driveway in a minivan full of orange slices and diapers to fly fishing in the backyard, I knew we shared something very special together… I knew that I loved you so much, and I wanted to spend the rest of my life with you; I love you so much. Not just now, but forever. You’re my world.’

‘I’ve been waiting to say it for the right person… Garrett Vincent Yrigoyen, I love you. I love you so much.’

Then he got down to one knee and proposed her for marriage. For his question, she beamed up and replied ‘Yes!’

Garrett was a married man before. In 2015, he hitched with his girlfriend and left her within six months. His first wife was Kayla Cunningham. According to his ex-wife friend, Garrett changed drastically and left her empty.

His divorce was finalized in March 2016. According to Kayla’s friend:

‘Garrett packed everything and walked off straight. A week later, he said he wanted half of everything. She had to give him some money.’

Moreover, she also left a message for Becca:

‘I want Becca to know the truth about Garrett. He’s a nice guy at first, but she needs to watch out.’

Garrett was born to the house of David and Barbara Yrigoyen in Manteca, California. He also has siblings of whom information is still not precise. He learned fishing and shooting at his early age. Currently, he lives in Reno, Nevada. 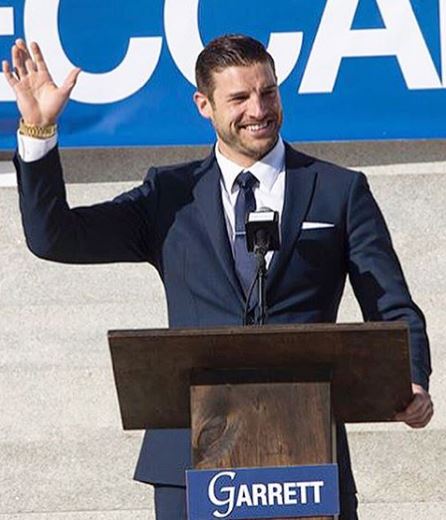 Garrett is decently tall possessing a height of 6 feet 2 inches (1.83m) and weighs about 79 kilos. His skin is white toned, has dark brown eyes and black hair. Nothing much regarding his Chest and Biceps sizes are disclosed yet.