Gervonta Davis was born in 1994 in Baltimore, Maryland. He celebrates his birthday on November 7, which makes his age 26. He holds American nationality and comes from African-American ethnicity. The boxer attended Digital Harbor High School but dropped out and earned his secondary degree through GED.

Gervonta Davis is super featherweight and started his training at the young age of five. He bagged the national Globe Golden Gloves Championship in 2012 and held over 200 amateur wins. He made his professional boxing debut in February 2013. He won his first match against Desi Williams. In January 2017, the boxer won the IBF super featherweight title by defeating Jose Pedraza and bringing a 17-0.

Gervonta’s dating life is often making headlines due to his questionable decisions. The boxer is reportedly dating a 26-year-old named Vanessa Posso. His girlfriend is an Instagram model and an entrepreneur.

Likewise, she is also one of the creators behind the jewellery store “It’s Rich Girlz”. Besides, she also sells skincare products. However, the relation between the duo might be hanging by a thread as Gervonta once posted a story writing,

“I can’t stop cheating on my girlfriend.”

Gervonta is allegedly cheating on his girlfriend with his side chick, Ashley Burgos. Ashley is the daughter of the famed Instagram model Bernice Burgos, the founder of Bold and Beautiful, a popular sleepwear brand. Likewise, Ashley runs her own health and wellness company called The Miracle Fitness. Regardless, Gervonta and his girlfriend’s relationship are in question as Gervonta was seen commenting “come back home” on one Vanessa’s post.

Gervonta was born to his parents, Garrin Davis and Kenya Brown. His family also consists of his brother named Demetris Fenwick. 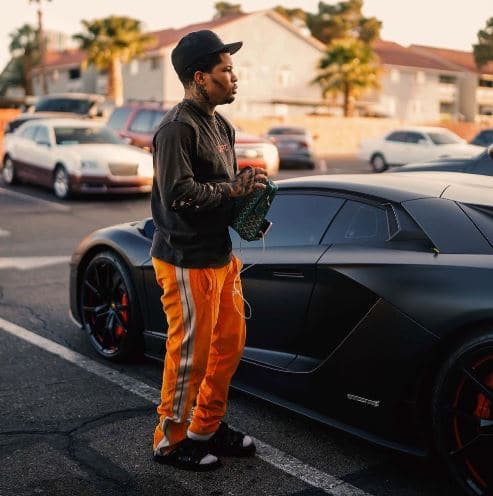 Gervonta stands at the height of 5 feet and 5-and-a-half inches. The boxer weighs around 63 kg and possesses an amazing fit body.