Giacomo Gianniotti is one of the cast members of Grey’s Anatomy, played as Dr. Andrew DeLuca. His debut series was Murdoch Mysteries, in which he portrayed a role of Leslie Garland. Let’s know more about an on-screen doctor, and an actor through this wiki!

Born on 19th June 1989, Giacomo Gianniotti’s hometown is in Rome, Italy. He is Italian-Canadian by nationality and belongs to mixed ethnicity. His zodiac sign is Gemini. He was born as Giacomo Keaton Gianniotti to the house of Keaton (surname) mother and Giorgio Giannotti. For education, he went to Humber College.

Giacomo started his acting career via CBS series Murdoch Mysteries. Soon, he featured in other TV series including Beauty & the Beast and Grey’s Anatomy. However, only Grey’s Anatomy famed him appropriately. Apart from TV series, he has also acted in movies like Race, The Secret Life of Marilyn Monroe, and Acquainted. 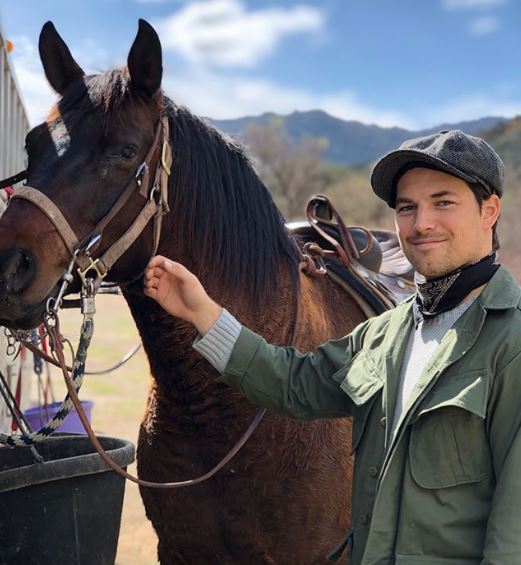 From his career, he has earned a hefty sum of income to date. According to Fame10.com, his estimated salary as of 2018 crosses over $800 thousand.

Giacomo is officially out of the relationship market, as he has already exchanged rings with his girlfriend. On 25th November 2017, he engaged with Nichole Gustafson, who is a makeup artist by profession.

His soon-to-be wife, Nichole, added a snap of her engagement ring on 26th November 2017. Moreover, she captioned being impatience in being his wife. The pair started seeing each other in early-2016. On 23rd January 2018, both celebrated two years anniversary as well.

Giacomo was born to the house of Giorgio Giannotti. His mother’s identity is not revealed yet. However, her surname is Keaton. He also has a sister as a sibling, whose name is Isabelle Gianniotti.

He spent most of his childhood in Rome and later moved to Parry Sound, Ontario to the hometown of his mother. 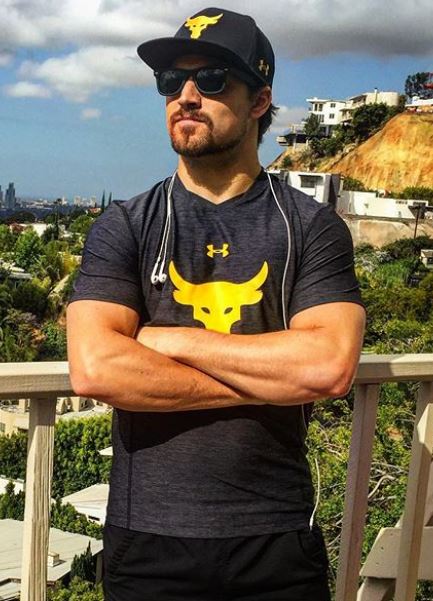 Giacomo is decently tall with the height of 5 feet 10 inches and weighs about 72 kilos. His skin is white toned, has hazel eyes, and black hair. Nothing much of his body statistics are revealed yet.