If you are an enthusiast of the SCI-FI movies and TV Series, then you must have heard the name of Gillian Anderson. Gillian Anderson, an American TV and Film actress, and writer made the audience fall in love with her performance in both TV and Silver Screens. She is the winner of the several accolades like Golden Globe Award, two Screen Actors Guild Award, and Primetime Emmy Award.

Gillian was born in Chicago, Illinois, the USA on 9th August 1968. She is of American nationality and part of the mixed ethnicity with German, English and Irish ancestry. Her zodiac sign is Leo. Gillian is the daughter of Rosemary Ace and Homer Edward Anderson II. In 1990, she completed her bachelors in Fine Arts from The Theatre School at DePaul University.

Gillian started her career as an actress performing on various stage theaters and finally moving to pursue her career in films and TV Screens. She got recognized worldwide for portraying the character of the FBI agent, Dana Scully in the SCI-FI TV Series, The X-Files as well as appeared in the movie version of the Series in 1998 and 2008.

In her illustrious career, Gillian appeared in movies like Playing by Heart in 1998, The Mighty Celt in 2005, Boogie Woogie, No Pressure and so on. Also, she played her part in the comedy movie, Johnny English Reborn with Rowan Atkinson as Pamela Thornton.  Recently in 2018, she appeared in films like This Changes Everything, UFO and The Spy who dumped me.

Apart from her career in the silver screen, Gillian made her name in the TV Screens with SCI-FI TV Series, The X-Files appearing in 218 episodes as FBI Agent, Dana Scully. Her famous parts in the TV Series include Bleak House, The Fall, Hannibal, Ronja the Robber’s daughter and so on. 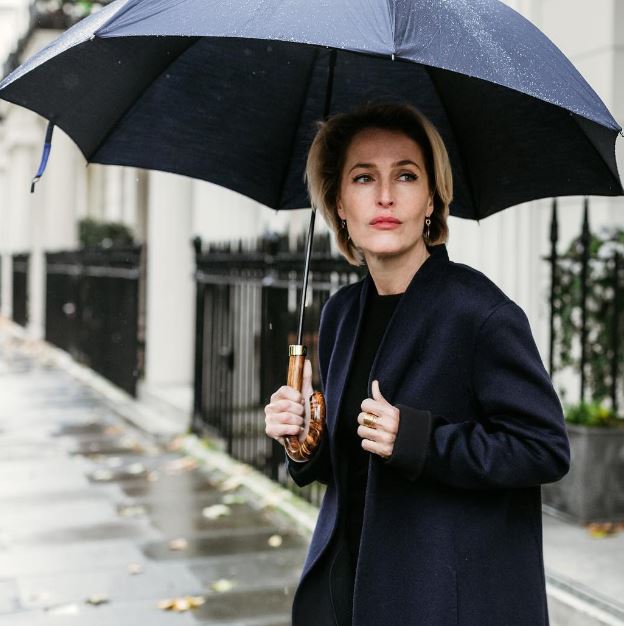 As of 2019, Gillian took the internet by storm for her appearance in the Netflix Comedy Series, Sex Education as Jean Milburn. Also, she will feature in the movie titled, The Sunlit Night as Olyana. With all these works, Gillian has accumulated a net worth of $25 million.

Gillian found her love in the Clyde Klotz while working for the TV Series, X-Files who worked as an assistant director. The couple shared the vows in 1994 in a Buddhist ceremony in Hawaii and gave birth to a daughter in Piper Maru on 25th September 1994. Later, Gillian, she got divorced with him in 1997.

Later in 2004, Gillian got married to Julian Ozanne, a documentary filmmaker, on the coast of Kenya on 29th December which lasted only for two years. Also, she was in a relationship with Mark Griffiths and had two kids named, Oscar and Felix.

As per The Daily Telegraph in 2015, Gillian told that about her relationship with women, and it does not matter what the gender is if she feels and cares another human being.

Gillian grew up in Chicago with her parents, Rosemary, a computer analyst and Homer Edward, owner of Production Company. She regularly relocated from Puerto Rico and London so as his father could attend the London Film School.

From her past relationships, Gillian has got three kids and is currently residing in London, England with her kids. 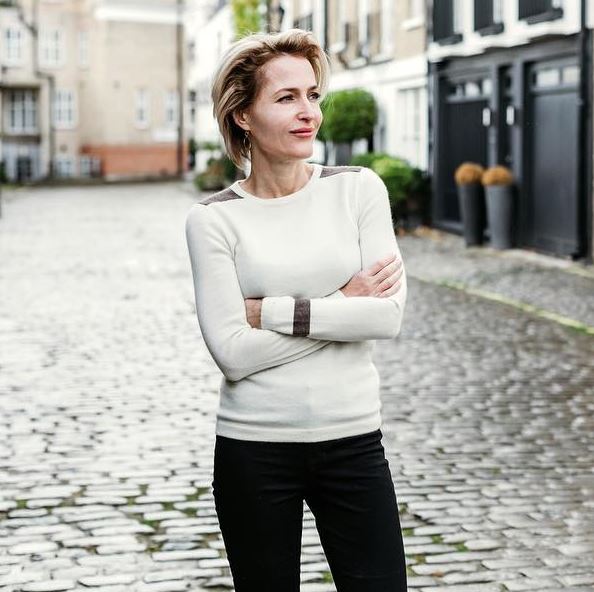 Gillian stands decently tall with a height of 5 feet and 3 inches and weighs around 60 kgs. She has 34-26-35 inches body size and has blonde hair color with brown eyes.