Do you remember Mike from the movie ‘The Strangers?’ Non-other than Glenn Howerton plays the character. He is best known to the world being producer and actor of ‘It’s Always Sunny in Philadephia.’ His professional life is known to his fans and followers, but what about his personal life? Let’s know detailed information about his life, including his net worth through this wiki!

Howerton entered into the entertainment industry in 2002, through ‘That ’80s Show.’ He then made a cameo on ER in 2003. Other projects in which he contributed to minor roles include The Strangers, Must Love Dogs, Serenity, and Two Weeks. He has given his voice in Cleveland Show as well. The other projects he worked on include Crank, Boldly Going Nowhere, The Mindy Project, and Coffee Town. Moreover, he also co-produced ‘It’s Always Sunny in Philadelphia.’ He is currently a star cast of ‘A.P. Bio.’ 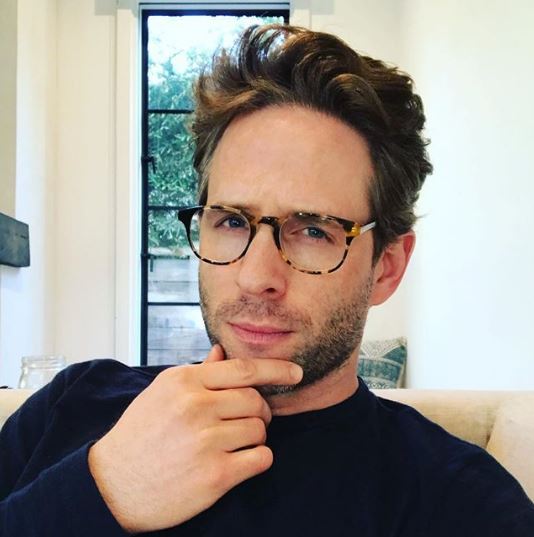 As Glenn has worked in more than a dozen movies and TV shows, he has gained enough experience and income. Solely from the ‘Must Love Dogs’ movie, he got almost a million dollar. Thus, we assume his salary per year is near to $4.5 million.

Howerton has assets and properties worth million dollars. He sold his Venice home which he bought for $1.692 million in $2.39 million. Adding all those into account, his net worth is estimated to be $20 million as of 2018.

Glenn is officially out of the market as he is a married man. On 8th September 2009, he married his wife, Jill Latiano. His wife is best known for her cameo role on ‘It’s Always Sunny in Philadelphia.’

From this relationship, the couple is blessed with two children. The first baby boy is Miles Robert born in 2011, while the second child was Ishley Ray born in 2014.

Glenn is decently tall with the height of 5 ft 10 inches (1.78m) and weighs 75 kilos. He has an average athletic body for which measurements are not revealed. His hair is black while his eyes are blue.