The five-time BAFTA TV Award winner, Graham Norton is an Irish television and radio presenter, who needs no introduction as he has invited various reputed and prominent celebrities. Moreover, his show, ‘The Graham Norton Show,’ is one of the highest-rated television shows, and he has made his name in the glamour industry as the presenter, comedian, actor, and author.

Raised in Clondalkin, Ireland, Norton was born in 1963 and is 56-years-old. He celebrates his birthday on April 4. The zodiac sign of Norton is Aries. The ethnicity of Norton is Caucasian and is a citizen of Ireland. From Bandon Grammar School, Norton pursued his High School. Later, he attended University College, Cork, where he studied English and French; however, he couldn’t complete his education. Moreover, Norton moved to London to attend the Central School of Speech and Drama. 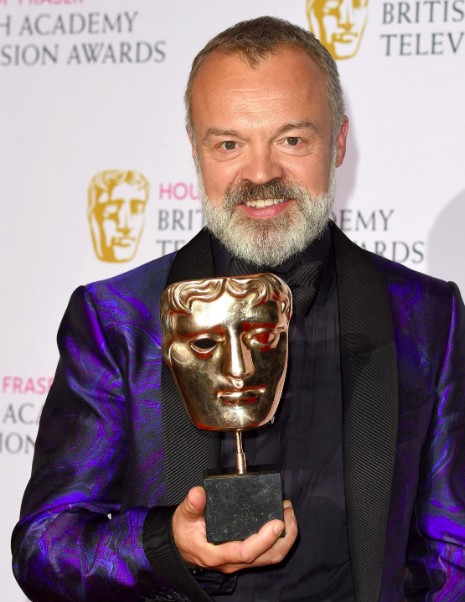 Norton’s first started in the broadcasting business from the BBC Radio 4 as a regular comedian and panelist. For his work in a late-night TV talk show helped him receive an award. Nevertheless, his fame began spreading among the audience and was offered various shows. Norton’s success revolved around his show, where he invited numerous celebrities and artists in a talk-show. Most of the show he has ventured surrounds his name, including ‘So Graham Norton,’ ‘V Graham Norton,’ ‘The Graham Norton Effect,’ ‘The Graham Norton Show’ as well as he has appeared on other shows.

His work as a television presenter and host has helped him earn him several awards and nominations. Some include ‘Gay Presenter of the Year,’ ‘Best Comedy Programme or Series.’ Most of his award is won by his show ‘The Graham Norton Show.’ From his profession, he has earned an hefty income and an elegant lifestyle. He has a holiday home in Ahakista, County Cork, an apartment in New York, and a luxurious car, Lexus. The estimated net worth of Norton is $30 million.

Norton is open about his sexual preferences and is gay. From 2011 to 2013, Norton was in love with Trevor Patterson. The pair drifted apart from their relationship after being together for two years.

Moreover, he broke up with his partner, Andrew Smith, in 2015. Andrew is a music marketing consultant. Moreover, in the past, he was in a relationship with Scott Michaels for five years, and the pair separated in 2000.

As of now, Graham is pursuing his life as a single person and enjoying the perks of experience as a solo individual.

The name of Norton’s father is Billy Walker, and his father’s family is from County Wicklow. His mother is Rhoda Walker, who is from Northern Irish, Belfast. Moreover, his family is members of the Church of Ireland, and his father’s direct ancestors originated from Yorkshire. Norton has a sister, Paula Giles.

Norton stands with an ideal height of 5 feet 8 inches. The bodyweight of Norton is 68.5 kg. Despite his growing age, he has maintained his body though he doesn’t look slim. The color of Norton’s hair is black and white. Similarly, he has brown eyes.