Hannah Ferrier is the CEO of Ocean Int Training Academy, chief stewardess, and podcaster. She first gained the spotlight when she debuted as a chief stewardess on Bravo’s hit reality TV show, “Below Deck Mediterranean,” in 2016. She starred in all five seasons of the show before being fired in August 2020 for possessing Valium.

Sydney-native Hannah Ferrier was born on November 23, 1986, which makes her zodiac sign Sagittarius. The 36-year-old TV personality is Australian by nationality and belongs to the Caucasian ethnicity. She attended Asquith Girls High School in Sydney, but she left her studies when she was 13 to follow her passion for working.

Hannah Ferrier Net Worth and Salary

Ferrier took on several jobs before joining Below Deck Mediterranean. Initially, she worked as a waitress and later switched to the IT and Telecommunications field. After working in the IT industry for seven years, she started in the sales division but was still unsatisfied with her job.

Eventually, Ferrier decided to work aboard ships and yachts and acquired the qualifications required for becoming a chief stewardess. She then moved to Europe and began working on Mediterranean cruises.

In May 2016, Ferrier made her TV debut on Bravo’s reality TV show, Below Deck Mediterranean, in its first season. She appeared in all five seasons before Bravo fired her in August 2020 for having Valium and a CBD vape on board.

Now, Ferrier serves as the CEO of Ocean Int Training Academy, where she teaches the ins and outs of the yachting industry. She has also been working on a podcast called “Dear Diary, You’re Effed!.” 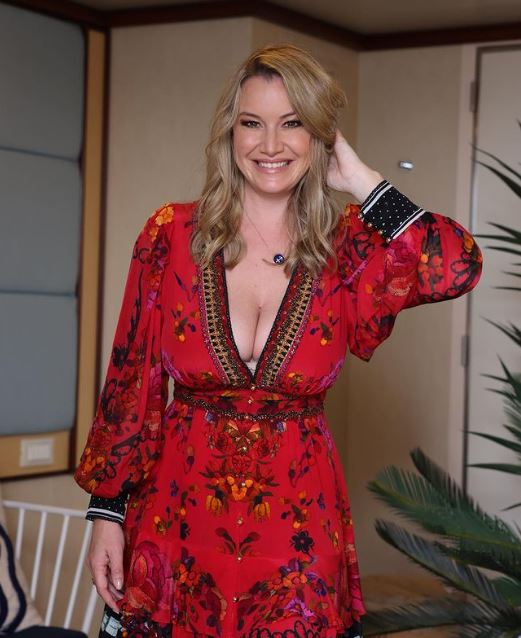 Ferrier’s job as a chief stewardess helped her earn hundreds of thousands of dollars. She generates good revenue from her academy and lives an expensive life. As of 2022, Hannah Ferrier has an estimated net worth of $700 thousand.

The ex-Bravo star is a married woman who engaged her boyfriend not so long ago. She is also a doting mother of her nearly two-year-old daughter, Ava Grace. She welcomed her little munchkin on October 26, 2020, with her husband, Josh Roberts.

On March 26, 2022, Hannah exchanged vows with her boyfriend-turned-husband, Josh. She uploaded a series of photos on her Instagram telling the world about her wedding day.

Ferrier grew up in a family that was nautically inspired. When she was five years old, her family experienced a tragedy when her 10-year-old brother passed away. She has kept the identity of her family members under wraps.

The chief stewardess stands tall at a decent height of 5 feet 6 inches. She has a well-maintained, fit body that weighs around 64 kgs. She gained some weight after giving birth to her daughter. She has blonde hair and brown eyes.

What does Hannah Ferrier do for a living?

Hannah Ferrier is a podcast host as of 2022.

How old is Hannah Ferrier?

What nationality is Hannah Ferrier?

Hannah is Australian by nationality.

What ethnicity is Hannah Ferrier?

Is Hannah from Below Deck wealthy?

How much does Hannah Ferrier make?

Does Hannah Ferrier have a baby?

Who is Hannah Ferrier's husband?

How did Hannah Ferrier and Josh meet?

Hannah and Josh met in 2018 in a Sydney bar, both had couple of drinks and started seeing each other.

How tall is Hannah Ferrier?