Originally from Chandigarh, India, Harnaaz Kaur Sandhu was born in the year 2000. The 21-year-old Miss Universe is Indian by nationality and belongs to the Sikh ethnicity. She reportedly studied at Shivalik School in Chandigarh and later completed her higher education from Post Graduate Government College for Girls, Chandigarh. She is currently pursuing her master’s degree in public administration.

The Winner of Miss Universe 2021

Ahead of her win, Harnaaz, 21, wrote on Instagram that she already felt like a winner. She wrote:

“Faith is unseen. It’s felt. It’s the feeling I have in my heart today. I have faith in God, my family and the blessings you all have showered on me. I have enjoyed my journey and as we near the end of this beautiful pageant, I want to re live memories with my family, my Punjab. I want you all to know, that Im grateful for each and every one of you and for all the experiences I had in these 1.5 months.”

Her icon, Priyanka Chopra, congratulated her on her Instagram stories, praising her for “bringing the crown home” to India after 21 years. Lara Dutta was the last Miss Indie to win Miss Universe in 2000.

Harnaaz is an actress and model. As an actress, she has starred in a couple of Punjabi movies such as Yaara Diyan Poo Baran and Bai Ji Kuttange. She has competed and won several beauty pageants competition.

In 2017, Harnaaz became ‘Timesfreshface Miss Chandigarh.’ The following year, she claimed the title of ‘Miss Max Emerging Star 2018 India.’ She is also ‘Femina Miss India Punjab 2019.’ In 2021, she won ‘Miss Diva Universe 2021’ title, making her India’s Miss Universe 2021 candidate. And now, she is the third Miss Universe from India.

Harnaaz is also an outspoken supporter of women’s liberation, notably their constitutional rights to education, employment, and personal independence. Since her first pageant win, she has been earning a decent sum of money. Her recent win will undoubtedly open the door of further opportunities for the diva, which will boost her net worth in the couple of years.

The newly announced ‘Miss Universe 2021’ is apparently single. To date, she hasn’t announced being in a relationship with anyone nor has provided any hint on her romantic affair on social media.

Harnaaz was born into a Sikh family. Her father is a businessman based in Chandigarh. She draws inspiration from her mother who is a gynecologist.

Growing up, she worked with her mother at health camps addressing women’s health and menstrual hygiene.

Harnaaz stands tall at the height of 5 feet 9 inches. As a yoga enthusiast and fitness lover, she is quite concerned about her body and weight. 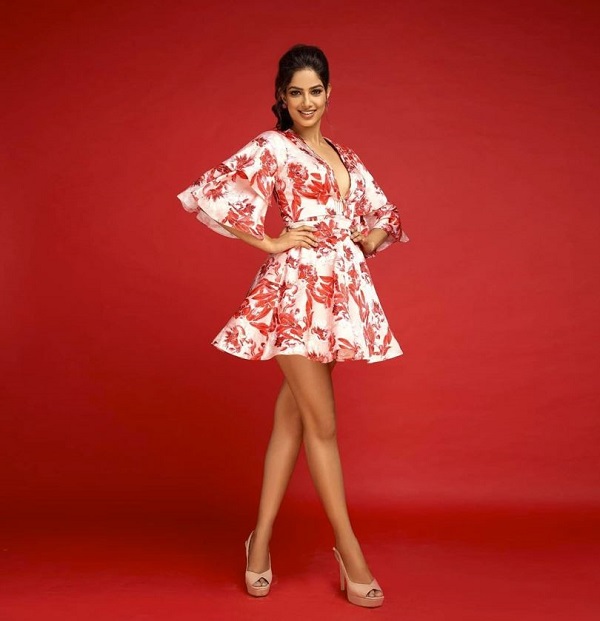 She has a slim, fit hourglass-shaped body that weighs around 54 kg.