Hasan Dogan Parker is a popular progressive political commentator, leftist Twitch streamer, and self-declared socialist. He was formerly part of the network “The Young Turks,” where he worked as a broadcast journalist and producer.

Originally from New Brunswick, New Jersey, Hasan Piker was born on July 25, 1991, making him a Leo. The 31-year-old political commentator is American by nationality and belongs to the Turkish ethnicity. Raised in Istanbul, Turkey, Piker attended the University of Miami after returning to the U.S. After two semesters, he transferred to Rutgers University and graduated in 2013.

After graduating, Piker began working as a broadcast journalist and producer at The Young Turks. In 2016, he created and hosted a TYT network video series called The Breakdown, nominated in the “Best Web Series” category at the 10th Shorty Awards in 2018. He also wrote political content for HuffPost from 2016 to 2018. 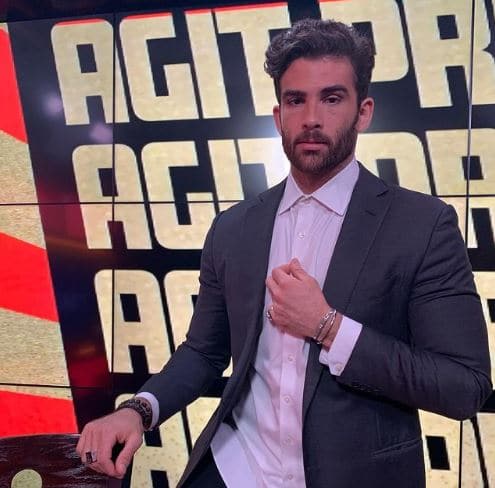 In 2019, Piker created and hosted another TYT series called Agitprop with Hasan Piker. He announced his departure from TYT in January 2020 and began focusing on his career as a Twitch streamer.

Piker started streaming on Twitch in March 2018. Shortly after, he became a famous left-wing political commentator and made appearances on Fox News’ The Issue Is and the political podcast Chapo Trap House. On his Twitch channel, he also streams gameplay and commentary of video games.

In August 2020, Piker bought a $2.74 million house in the Los Angeles neighborhood of West Hollywood. In 2020, he was one of the top 10 earners on Twitch, making close to $1.06 million off the streaming platform. As of 2022, the progressive political commentator has an estimated net worth of $2.5 million.

Both of them have continuously shut down their dating rumors, but they are indeed good friends. On a recent Instagram post by Piker on 16 August, he posted a photo of a day out where Ludwig Ahgren and three girls accompanied him. As a matter of public interest, the girl standing next to him was Pokimane.

Piker dated adult actor Janice Griffith in 2018. Since then, he has stayed tight-lipped when it comes to his dating life.

Piker was born to Turkish parents. His father made him attend public school in Turkey. In the “Break Chech Podcast,” he revealed that his parents, who now work in academia, are not as wealthy as they were in the past.

Piker stands tall at the height of 6 feet 3 inches. He has an exquisite physique and weighs around 87 kgs. He has brown hair and dark brown eyes.

How old is Hasan Piker?

What is Hasan Piker's full name?

Where is Hasan Piker from?

Did Hasan and Pokimane date?

Pokimane was helping Hasan build a dating profile, but no, they never dated.

Hasan is not married.

Who is Hasan Piker dating?

Hasan is probably dating his girlfriend, but hasn't disclosed anything.

What is Hasan Piker's net worth?

How tall is Hasan Piker?