Heather McMahan is a hilarious stand-up comedian, podcaster, and actress. She uses her Instagram page to connect with her 718K followers and shows her self-deprecating style of humor through her funny and relatable content.

Originally from Atlanta, Georgia, Heather McMahan was born on March 15, 1987, under the star sign Pisces. The 35-year-old comedian is American by nationality and part of Italian ethnicity.

Heather McMahan Net Worth and Salary

Initially, McMahan struggled with her improv sketch comedy and had a fledgling acting career. She starred in a few TV shows and films like Family, The Trap, and If Loving You Is Wrong.

McMahan gave up her acting career after she lost her father to cancer in December 2015. She relocated from LA to Atlanta to help her mother and sister and take care of them. Though the move was temporary, she lived with her family until 2019. 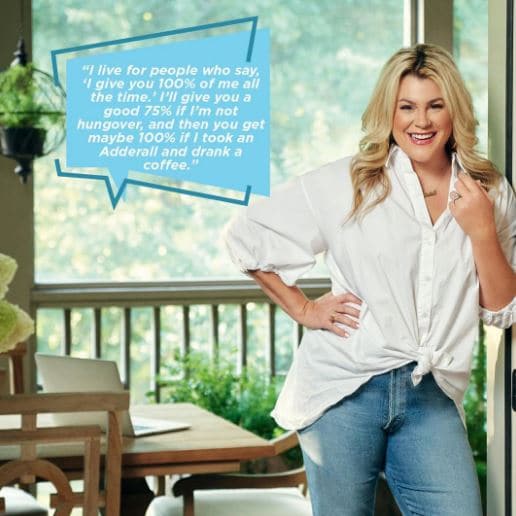 During the COVID pandemic, McMahan started performing live stand-up streams. She began hosting a podcast called ‘Absolutely Not’ and a comedy tour called ‘The Farewell Tour.’ The latter became a great success, earning her thousands of loyal fan bases.

McMahan also featured in Netflix film Love Hard. Besides, she also did hard work for Good Grief, based on her own life. She created the comedy with Jen Zaborowski, a director, actor, and writer. She has also been a regular co-host and guest on the Today Show with Hoda & Jenna. 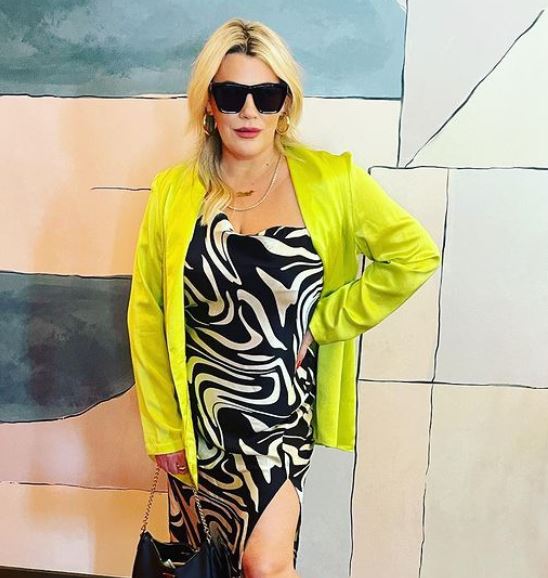 McMahan has even ventured into business as she runs her online merch store where she sells hoodies, t-shirts, sweatshirts, purses, tote bags, and much more.

Her career continues to reach new heights, and she is not planning to stop anymore. As of 2022, Heather McMahan has an estimated net worth of $1 million.

McMahan is married to her boyfriend-turned-husband, Jeff Daniels. Her husband, Daniels, works as a consultant at Danco Worldwide Consultants Inc. He graduated with a Bachelor’s degree in history from Penn State University.

McMahan and her husband, Daniels, have been together for almost thirteen years. They first met in early 2010 when they were 22 and quickly started dating. On 26 January 2019, the comedian announced her engagement to Daniels through Instagram, revealing her engagement ring for the first time. However, they didn’t celebrate their engagement and didn’t even throw any party.

The lovebirds tied the knot on December 21, 2020, in an intimate wedding ceremony. They had previously planned to get married on 26th September in Italy but had to postpone the wedding because of COVID pandemic.

Although McMahan and Daniels are now a married couple, they are planning for a sequel wedding in Italy. It is McMahan’s dream to get married in Italy as she and her husband both are Italians.

The stand-up comedian was born to American parents Robin and Kyle McMahan. She is one of the two daughters of her parents. Her sister’s name is Ashley.

McMahan’s father, Kyle, was the founder and CEO of a reporting agency and The Pilot’s Country Club. Sadly, her father died due to cancer at the age of 57 in December 2015. 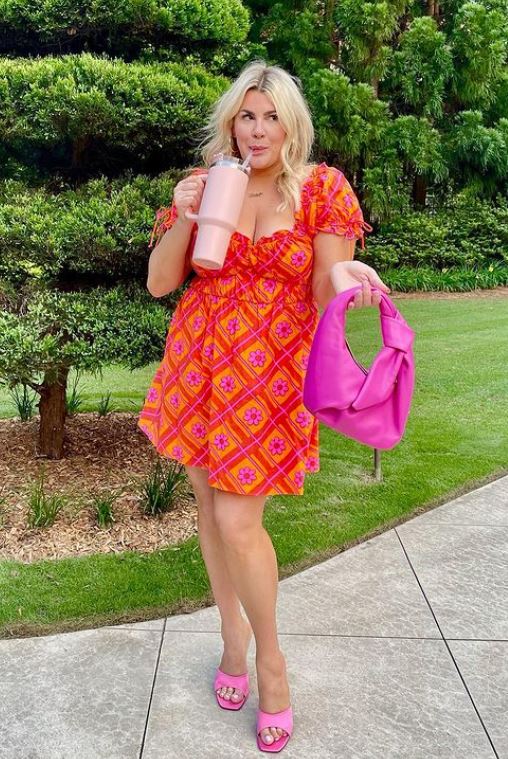 Heather has a decent height of 5 feet 5 inches. She describes herself as a “Comedian w/ a thick neck & thin ankles” on her Instagram bio. She weighs around 68 kg. Her blonde hair and brown eyes provide a perfect complement to her stunning personality.

Why is Heather McMahan famous?

Heather McMahan is famous for being a stand-up comedian, actress, and entrepreneur, who has 718 K-obsessed Instagram followers.

How old is Heather K McMahan?

When was Heather McMahan born?

Where is Heather McMahan from?

What is Heather McMahan’s net worth?

As of 2022, Heather McMahan’s estimated net worth is $1 million.

Who is Heather McMahan’s husband?

Heather McMahan is married to her boyfriend-turned-husband, Jeff Daniels.

How tall is Heather McMahan?