American television personality, Heidi Montag is a singer, fashion designer, and an author. She came into the limelight after being cast at the MTV reality television series named, The Hills. She released her debut album Superficial in January 2010.

Heidi Montag was born on 15 September 1986 in Crested Butte, CO. She currently ages 32, and her birth sign is Virgo. She grew up with seven siblings in her family.

Heidi Montag began her professional career as an assistant at Bolthouse Production. After two years, she was promoted as an event planner. Then, she went to LA and got a chance to feature in the Laguna Beach spin-off series The Hills which helped to gain limelight. Later in 2005, she released her first promotional single Higher.

After a couple of years in August 2009, Heidi performed her first official single Body Language which was highly criticized. Similarly, after a year she had to face criticism for her album Superficial which failed to meet the audience’s expectation. As of now, she works in The Hills: New Beginnings as the leading cast member. With all her dedication and hard work in her profession, she has been able to maintain a net worth of $150 thousand.

Heidi Montag Pratt is a happily married woman. She married her long term boyfriend, Spencer William Pratt. The love birds dated each other since 2007. However, they faced lots of ups and downs in their relationship.

From a broken engagement to a broken marriage, they went to through it and came out strong. They had their final wedding ceremony on 25th April 2009 in Pasadena, California. The lovely duo welcomed their first child a son named Gunner Stone on 1st October 2017. The couple was nicknamed, Speidi. 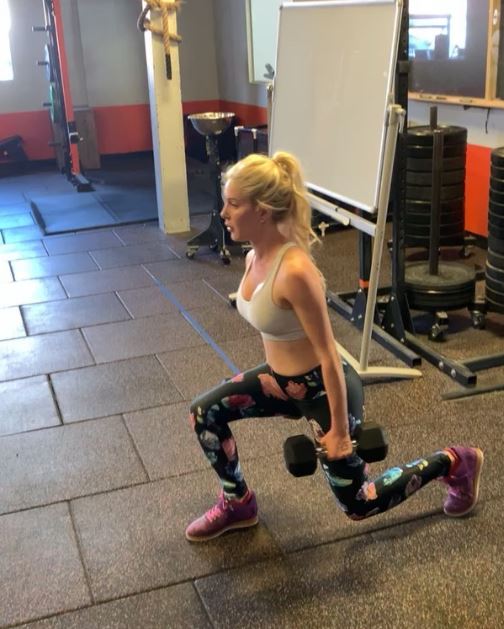 Heidi has a gorgeous body size where she stands tall at the height of 5 feet 2 inches. She weighs about 50 kilograms and has a body measurement of 41-24-35. She has blonded her hair and has blue colored eyes.