Harvey Leigh Cantwell, popularly known as HRVY is a singer, TV host and a social media sensation. He came into the spotlight for his song “Hasta Luego” featuring Malu Trevejo. The song gained over 7 million views on YouTube within a week. He is one of the people who toured for Little Mix. With this, HRVY has lured 3.7 million fans on his Instagram account and over 2 million fans on his Musical.ly account.

HRVY was born in Kent, England on 28th January 1999. He holds British nationality and belongs to white ethnicity. His zodiac sign is Aquarius. HRVY was born to parents Nicky and Leigh Cantwell. He has two siblings Ollie and Elliot Cantwell. The bonding between his siblings looks strong as seen on his social media accounts.

HRVY is an uprising star famous for singing and TV hosting skills. He has hosted BBC’s Friday download from Series 7 to Series 9 where he gained popularity among kids. According to sources, his friends suggested him to post his videos of singing on Facebook and Instagram. As of now, HRVY posts his videos on YouTube and has more than 1.4 million subscribers.

HRVY incomes from TV hosts, songs have piled up an astonishing amount of net worth. His net worth is believed to be about $500 thousand. 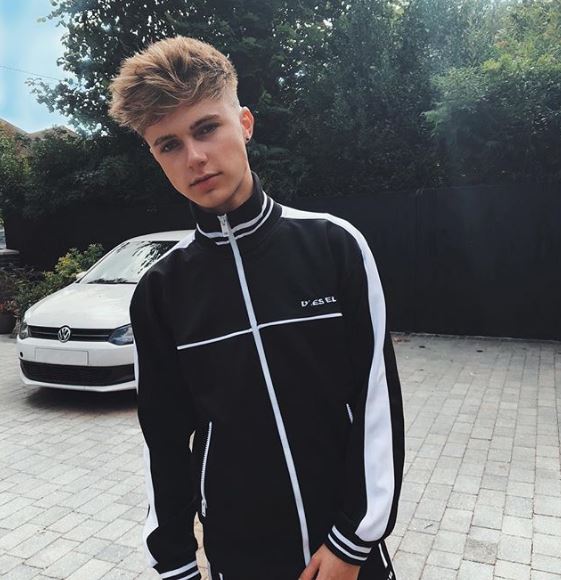 HRVY is a rising social phenomenon in the prime of his teens surrounded by beautiful girls for his work. He is seen working with gorgeous girls, clicking cozy pictures that speculates if he has started dating a girlfriend.

In May of 2018, HRVY uploaded a photo with Loren Gray which has created a buzz among his fans. However, he seems to be focused on his singing career rather than making girlfriends.

HRVY was born to loving and caring parents, Nicky and Leigh, who support him for the success of his career. He shared his childhood days with brother Ollie and Elliot. HRVY is seen posting pictures of his siblings on his Instagram account. 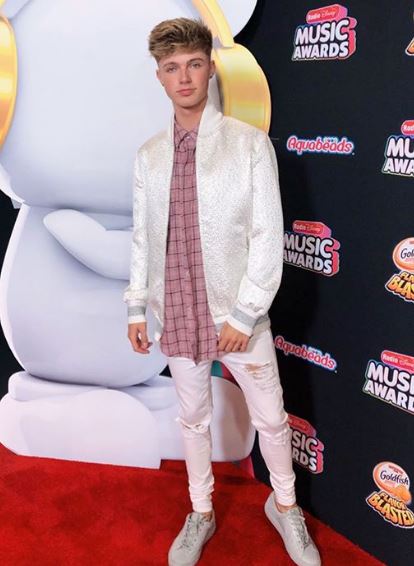 HRVY stands tall with a height of 5feet 8 inches and weighs about 52 kgs. He has green eyes with light brown hair color that makes his girl fans go crazy.