The brand Huda is famous for its makeup material, and today we are talking about its founder Huda Kattan. She is the billion-dollar company’s CEO, which began gaining limelight from her Vlogging, Blogging, and makeup artist. Also, she is one of the successful entrepreneur and one of the 20 best make-up bloggers in the world.

Huda Kattan was born on 2 October 1983 in Oklahoma City to parents – Ibrahim Kattan and Susu Al Qazzaz. Belonging to American nationality and Iranian ethnicity, she was raised with three siblings – Halida Kattan, Mona Kattan, and brother, Khalid Kattan. Talking about her education, she graduated from the University of Michigan Dearborn by majoring in business.

Before becoming a makeup artist, Huda began working at Robert Half’s Middle East headquarters as a financer in Dubai. But, she dropped her career and began pursuing her passion for makeup artist and took a brief course at Joe Blasco make-up school, the number one make-up school in the world. 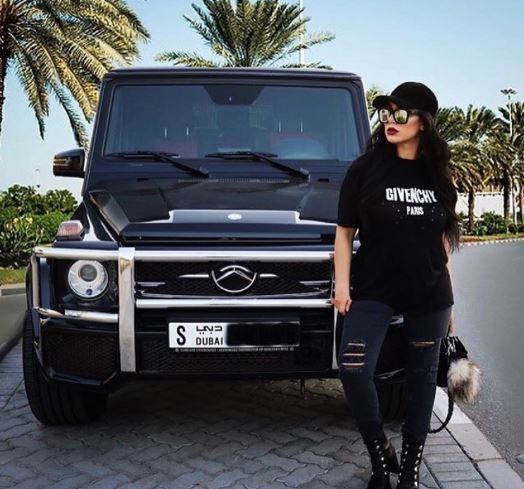 Then, she started her Huda Beauty blog in 2010, which became the number one in the middle east and touched the highest peak in the world. Afterward, she began vlogging, where she uploads content like tutorials and DIY Make-up tricks. As for now, her YouTube channel hs more than 3 million subscribers.

Later, the makeup artist launched her first makeup line named Huda Beauty, which first sold false lashes. Her false lashes were major hit which sold out immediately. Then, with the help of her sisters, the 35-year-old expanded the company with a wide range of products like contour creams, foundation, and many more. Even the beauty mogul, Kim Kardashian admired the products. 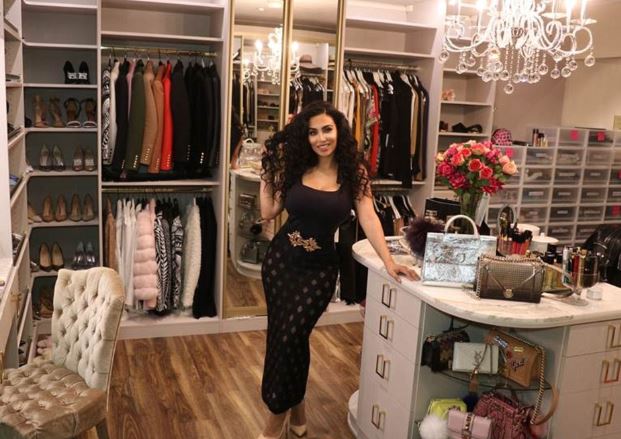 As for now, Huda Beauty has reached the net worth of $1 billion, while her net worth is estimated to be $560 million as of 2019.

Talking about her married life, Huda Kattan has already taken her vow. She is married to her husband Christopher Goncalo, who is a businessman. She first met Christopher while she was in college. Gradually, they began seeing each other, which led their relationship to marriage in 2008. However, the soulmate hasn’t disclosed their wedding detail yet. 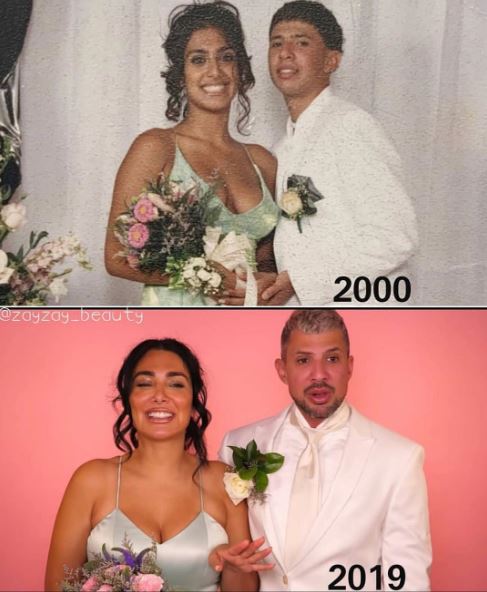 However, at one point, the couple’s marriage wasn’t a pleasant one which led them nearly toward divorced due to Huda’s dedication toward her work. Her workaholic attitude toward her beady brand, “Huda” almost separated the perfect couple.

But the table turned, when her husband got hospitalized for two weeks due to a perforated ulcer. Since then, the love for one another got cemented in each other heart for eternity. 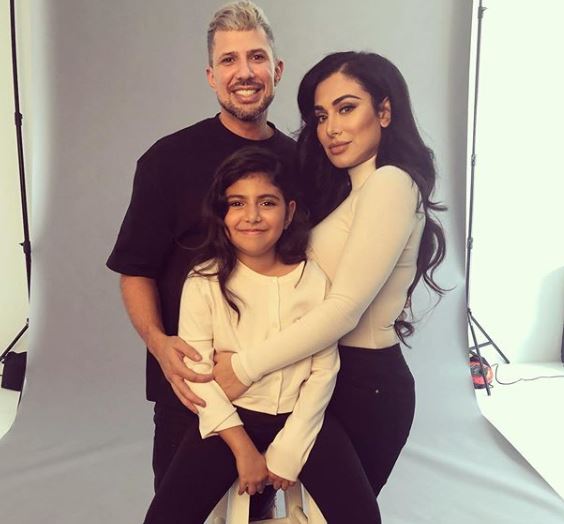 As for now, Huda ad Christopher has welcomed their daughter, Nour Giselle.

Huda was born in the family of Kattan to Ibrahim Kattan and Susu Al Qazzaz. Her parents are Iraqi who immigrated from Iraq to the United States. There, she grew up with two sisters, Halida, Mona and brother, Khalid in the city of Oklahoma.

Huda height stands at 5 feet 4 inch and weighs about 56 kg. She has a curvaceous body figure as well as similar looks like Kim Kardashian.

She had also undergone a nose job in 2014 and a breast implant when her brand was launched. As per an interview with Cosmopolitan, she revealed that she was insecure with the way she looked and was often bullied for her looks.