Isreal Adesanya is a Nigerian-born professional Mixed Martial Artist and a boxer of New Zealand who competes for the middleweight division of the Ultimate Fighting Championship.  He has a set record of 5 wins out of 6 professional boxing matches and 75 wins and 28 loss in the kickboxing. His MMA record stands at 18 wins out of 18 games.

Isreal is expected to face Yoel Romero at the upcoming UFC 248 that would be held on March 8, 2020.

Israel started training for kickboxing at the age of 18.  By the age of 21, he was training alongside known MMA fighters Dan Hooker and Alexander Volkanovski.  He made his professional debut in 2012 and fought for five and a half years before UFC signed him.  His first UFC match was against Rob Wilkinson on February 11, 2018, where he won via Technical Knockout. He was even awarded the performance of the night. 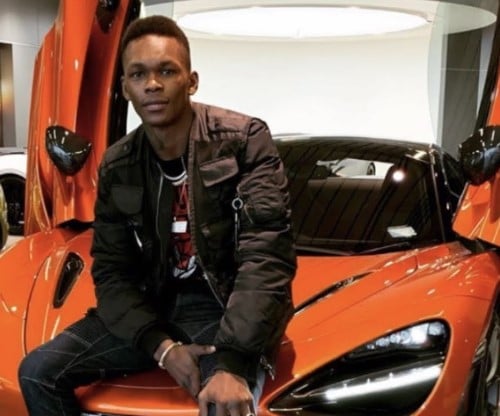 Israel’s total UFC earning is more than $1.5 million besides the sponsorships. Besides, his income from kickboxing and professional boxing, as well as fights before UFC, is under review.  He has his own clothing company named “Engage Clothing”  He owns a Range Rover as well as a Ferrari worth 700 thousand dollars.  His net worth as of 2020 stands at $1 million.

Israel is reportedly single. With his fame, many people have been curious about his love life.  But he hasn’t opened up about it. Perhaps because he is a very private person, he do not feel comfortable sharing such intimate details.  Since no news of his romantic entanglements has surfaced, we can assume that he is single and very much ready to mingle.

Israel was born on July 22, 1989, in Lagos, Nigeria, to Femi Adesanya and Taiwo Adesanya. His father was an accountant, and his mother was a nurse. He was born on a family of five children. He is a descendent of the Yoruba tribe of Nigeria.  His entire family moved to New Zealand in 2011.  He grew up along with his siblings Deborah, Samuel, David, and Bolu.

He attended Chrisland School, Opebi, and played Taekwondo in school before his mother withdrew him from training after an injury. Later, he joined Rotorua Boy’s High School in New Zealand.  He was bullied in high school, which motivated him to train for martial arts again. 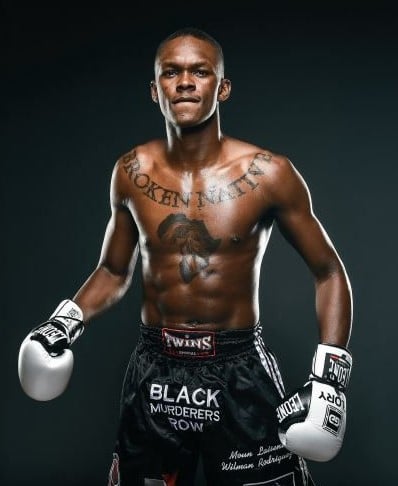 Israel stands at an impressive height of 6 feet and 4 inches and weighs around 84 kilos. He has a reach of 80 inches. He has an athletic body with ripped muscles, which complements his chocolate-colored body. He has black eyes and black-brown hair.