Jace Norman is a well-known actor who gained recognition for his starring role as Henry Hart in the Nickelodeon series ‘Henry Danger.’ Besides, he is a producer and has produced the last eleven episodes of Henry Danger and produces ‘Danger Force’.

Originally from Corrales, New Mexico, Jace Lee Norman was born on 21 March 2000 under the star sign Aries. The 20-year-old actor is American by nationality and belongs to the white/caucasian ethnic group. During middle school, he was bullied for being dyslexic.

Norman marked the beginning of his acting career after starring on Disney’s television series Jessie in 2012. Next year, he made guest appearances on Deadtime Stories and The Thundermans. In 2014, he landed the breakthrough role of Henry Hart in Nickelodeon’s sitcom Henry Danger.

Norman has since appeared in several Nickelodeon’s movies, including Spitting Adam, Rufus, Rufus 2, and Bixler High Private Eye. He made his theatrical film debut as the lead voice role in the 2017 animated film Spark. He also made guest appearances in Nickelodeon’s The Substitute and Danger Force. 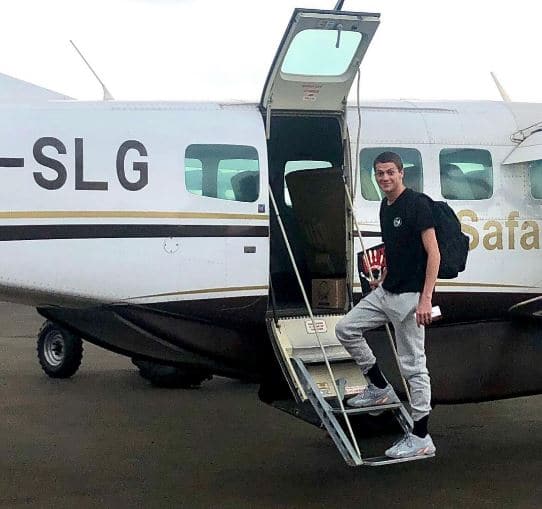 Norman has mostly been part of Nickelodeon’s project and receives a huge payout from the Channel. He even won the Kid’s Choice Awards for Favorite Male TV Actor four times in a row from 2017 to 2020 for his role in Henry Danger. He accumulated most of his net worth from the same role. Besides, he is one of the founding members of a millennial marketing company called Creator Edge.

Norman is reportedly single and open to dating someone. However, he had been in a few relationships that didn’t work out. He dated Riele West Downs for five months sometime in 2015. He was also in a brief relationship with actress and singer, Isabela Merced, in 2016.

Norman was also reportedly in a romantic relationship with Jordyn Jones. But neither of the rumoured couples confirmed their romance.

Norman hasn’t disclosed the details about his parents, including their identity. His father also had dyslexia like him. He grew up with his two older siblings, brother Xander and sister Glory. At the age of eight, he moved to Southern California with his family.

The Henry Danger actor has a decent height of 5 feet 11 inches. He has a fit body that weighs around 65 kg. His light brown eyes and dark brown hair provide a perfect complement to his admirable looks.