Jacksepticeye is one of the biggest names when it comes to YouTube. The content creator is best known for his vlogs and comedic Let’s Play series. Uploading video almost every day, Jacksepticeye has earned millions of subscribers and billions of views.

Seán William McLoughlin was born in 1990 in Cloghan, County Offaly, Ireland. He celebrates his birthday on 7th February, which makes his age 31 and zodiac sign Aquarius. He holds Irish nationality and ethnicity.

Jacksepticeye has earned huge fame through his YouTube channel, Jacksepticeye. He had joined YouTube in 2007 but only started making videos in November 2012. He started his channel uploading gameplay videos. However, after being mentioned in a PewDiePie video, he experienced immense growth, and by 2014, he had already earned over 800k subscribers. Moreover, in 2015, he had earned over a billion views and over 3.2 million subscribers. At the moment, the YouTuber possesses over 26.6 million subscribers with over 13.9 billion views. 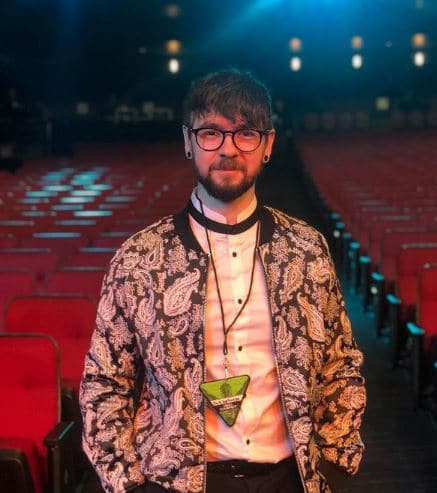 Moreover, the YouTuber has also appeared in Disney XD, Polaris: Player Select, Ireland’s Rich List, and The Late Late Show. Moreover, he has also worked in various web shows such as Did You Know Gaming?, YouTube Rewind, asdfmovie, Good Mythical Morning, and Scare PewDiePie. He will also be appearing in the 2021 movie Free Guy. As of 2021, Jacksepticeye holds a net worth of $16 million, earning over $300k monthly from his channel alone.

Jacksepticeye has been in a relationship with his girlfriend, Evelien Smolders. Like him, his girlfriend is also a YouTuber who is known for her channel, GirlGamerGab. The pair had made their relationship official in March 2019, sharing a selfie on Instagram with the caption, “Lunch Date.” Nonetheless, the pair have featured each other several times on their social media and YouTube videos.

Before dating the Dutch YouTuber, Jacksepticeye was in a three-year-long relationship with another girl named Singe Hansen, Wiishu. The pair had met through Tumblr in 2014 and even moved together. However, they announced their split in October 2018. On the other hand, there is no news of the YouTuber tying the knot with his current girlfriend at the moment.

Jacksepticeye was born as the youngest of five children of his parents, John and Florrie McLoughlin. His family includes two brothers and two sisters.

Likewise, his nickname, Jack Septic Eye, came after an accident during a football match that injured his eyes. Jacksepticeye was also a drummer for a melodic death metal-influenced band, Raised to the Ground, with whom he released one Ep, Risen from the Ashes, in 2009.

The YouTuber has a height of 5 feet and 10 inches. He has a well-maintained fit body and often flaunts his abs on Instagram. The actor has three tattoos on his body and has plans to get more. Moreover, he has brown hair and blue eyes.