One of the talented actress and singer of the 90’s Jada Pinkett Smith is well-known for her outstanding performance in movies like The Nutty Professor, Bad Moms, and Matrix. She is the wife of Hollywood Megastar, Will Smith and is the mother of three children, Willow, Jaden and Trey Smith (stepmother).

Jada was born in Baltimore, Maryland, USA on 18th September 1971. She is American by nationality and possesses mixed ethnicity (African-American, Jamaican, and Barbadian).

Jada began her career with TV series like True Colors, 21 Jump Street and Doggie Howser in the early ’90s. With her excellent performance, she landed the role of Lena James in Bill Cosby’s NBC TV Show, A Different World (1991). After two years (1993), she made her debut in the silver screen with the movie, Menace II Society followed by prominent roles in films like Jason’s Lyric and Demon Knight.

In 1996, she showed her true potential in the movie, The Nutty Professor alongside Eddie Murphy. She portrayed the love interest of an obese University Professor, and the film went on to gross $25 million in its first week and $274 million worldwide. With the film, her reputation as an actress was on a whole new level receiving positive reviews from the critics and the audience.

In 2001, she was cast opposite her husband, Will Smith in the biopic of Muhammad Ali. The audience, including Ali himself, loved their chemistry. Other notable movies of her career include Matrix Reloaded, The Matrix Revolutions, Bad Moms, Girls Trip, and Madagascar. Apart from her movie career, she was famous on TV screens as well for her roles in shows like Gotham, Hawthorne, and Red Table Talk. 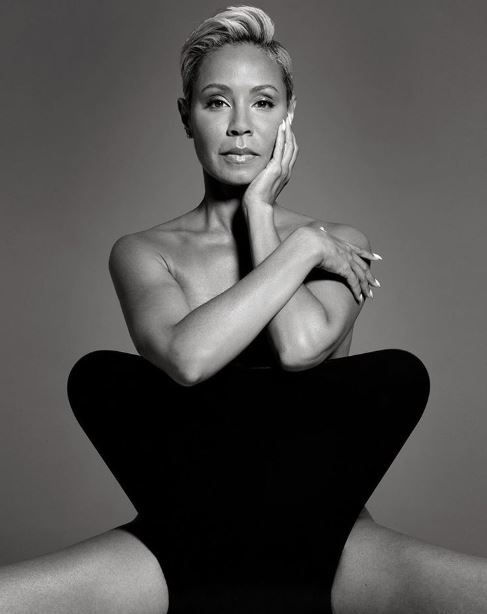 Additionally, she is a singer and songwriter who began her journey in 2002 under the stage name, Jada Koren forming a metal band, Wicked Wisdom. In 2006, they released a self-titled album and made it to the Billboard’s Top Heatseekers.

In July 2019, she along with her husband, Will Smith announced that they would be launching a multimedia venture, Westbrook Inc. The main motto of Westbrook Inc. is to empower young talents and spread positive arts, ideas, and products. Also, the investment will back other projects of Smith’s family like Water and other projects.

As per Celebrity Net Worth, Jada has accumulated a net worth of $50 million from her career as an actress, singer, and businesswoman.

Married To Husband, Will Smith

Jada and Will met when both auditioned for the TV Show, Fresh Prince of Bel-Air in 1994. Unfortunately, she was replaced by actress Nia Long. However, they became good friends, and the romance started in 1995. After dating for two years, Jada got married to Will at The Cloisters near Baltimore, and only 100 guests were present at the wedding.

She gave birth to two talented children, Jaden, and Willow Smith. She is close with Trey Smith, Will’s son from his previous marriage with Sheree Zampino.

Jada grew up in Baltimore with her parents, Robsol Pinkett Jr. and Adrienne Banfield Jones. Her mother, Banfield-Jones, raised her as a single mother with the help of her grandmother. Jada’s mother named her after her favorite TV Show, Jada Rowland. Her grandmother noticed her talent in arts and enrolled her in tap dance, piano and ballet dance. She attended the Baltimore School of Arts for her education. 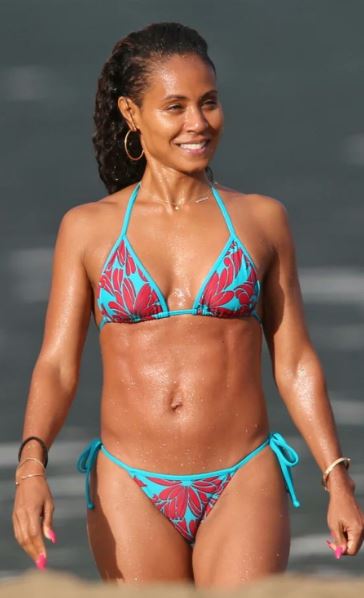 Jada stands with a height of 5 feet. She has maintained her figure well and looks flawless even at the age of 47.