Jaheem Toombs is a young aspiring actor and singer, best known for his portrayal of the lead role of Fenwick Frazier on Nickelodeon’s ‘100 Things To Do Before High School.’ Along with acting, he has also passion for music and has already released his debut single entitled ‘Superpower.’

Originally from Boston, Massachusetts, Jaheem King Toombs was born on 30 October 2001 under the star sign Scorpio. The 19-year-old actor is American by nationality and part of the African-American ethnicity.

Before kicking off his acting career from the TV series The Cape and Mr. Sunshine in 2011, Toombs had starred in several short films, including Eyes to See, Save Me, and A Better Place. Later, he appeared in TV films like Funny Days, Continuing Fred, Where Do We Go From Here, and Gortimer Gibbon’s Life on Normal Street.

Toombs has also appeared in seven episodes of the series short FTS Kids News. Besides, he was a yellow team member in Flip the Script Kids Reality Special in 2013. 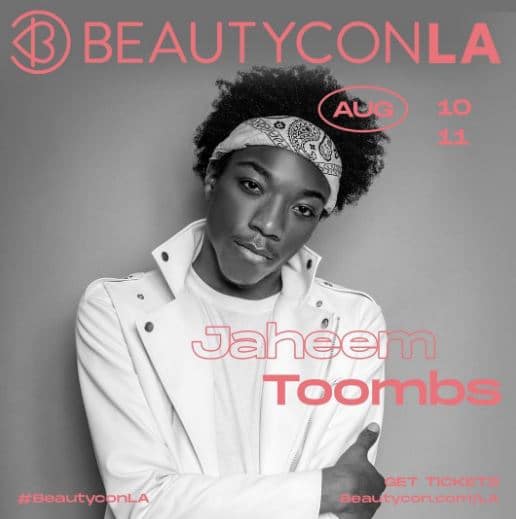 In 2014, Toombs landed his first big break on Nickelodeon’s 100 Things To Do Before High School, where he portrays the lead role of Fenwick Frazier. He starred as Pauly in the 2018’s hit teen comedy Back To Beat!. He reprised the role of Pauly in the spin-off sequel To The Beat!: Back 2 School.

The 19-year-old Toombs has achieved great success and fame, considering his age. He has set his foot not only in acting but also in singing. Besides, he is a good dancer too. Not only fame, but he has also accumulated riches worth thousands of dollars. As of 2020, Toombs has an estimated net worth of $300 Thousand.

Though Toombs is just 19, he is not open to dating someone. He has been in a relationship with his long-time girlfriend, Cree Cicchino.

Toombs’ girlfriend, Cicchino, 18, is an actress who portrayed the lead role of fan favorite Babe Carano in Game Shakers. The young lovebirds are happily dating each other and often uploads pictures of them on their social handles.

Earlier in 2020’s Valentine’s Day, Toombs shared a couple of photos on Instagram where he could be seen in his knees, proposing to his girlfriend. Fans were shocked to hear their engagement news as Cicchino even flaunted an engagement ring. However, the proposal was fake, and the pair apologised for the confusion they created just for fun.

The young aspiring actor was born to parents Anthony and Nicole Toombs. His father, Anthony, is a professional musician and teacher. He got his interest in music from his father. Meanwhile, his mother helps him choose roles that suit him in films.

In 2010, the Boston native moved to Los Angeles, California with his parents to pursue his dreams of becoming an actor. He is reportedly the single child of his parents. 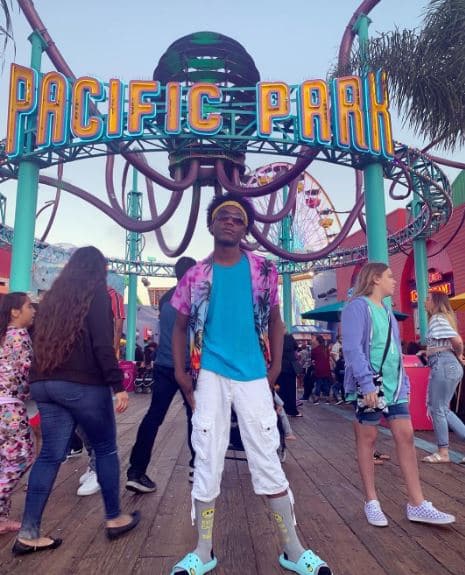 Toombs has a decent height of 5 feet 5 inches and weighs around 50 kg. He has black hair and black eyes.