Jameis Winston is a quarterback player for the Tempa Bay Buccaneers of the National Football League(NFL). He is one of the star players in NFL who was honored as the youngest player to win the Heisman Trophy. He has also led his team Florida State Seminoles, to win the 2014 BCS National Championship Game.

Jameis Winston was born on Bessemer, Alabama, in 1994. His birthday falls on every 6th of January and possesses a Capricorn zodiac sign. Belong to American nationality and came African-American ethnicity, his parents are Loretta Winston and Antonor Winston. He did his schooling from Hueytown High School and committed to attend Florida State University.

Jameis started playing football from his school period and got named as a best dual-threat quarterback by Rivals.com. He was named the best overall quarterback recruit by ESPN. He got selected by Texas Rangers in the 15th round of the 2012 Major League Baseball Draft. Also, he was allowed to play football for the Florida State Seminoles team while working with their baseball organization. 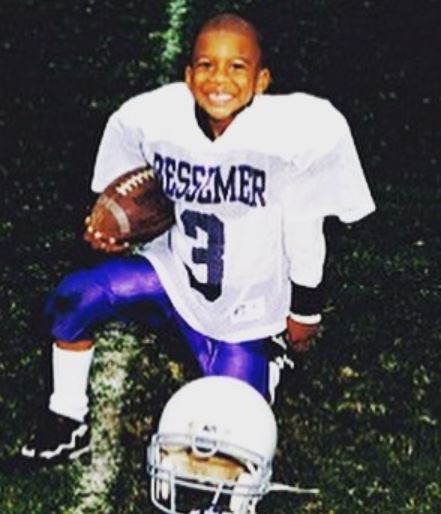 Eventually, Jameis got the redshirted behind the senior quarterback, EJ Manuel, during the 2012 college football season. Till the year of 2014, he played for the university and led many wins for his team. After the season, he entered the 2015 NFL draft as he had finished 26-1 as a starter along with 28 interceptions, 65 touchdowns, and 562 of 851 passes. 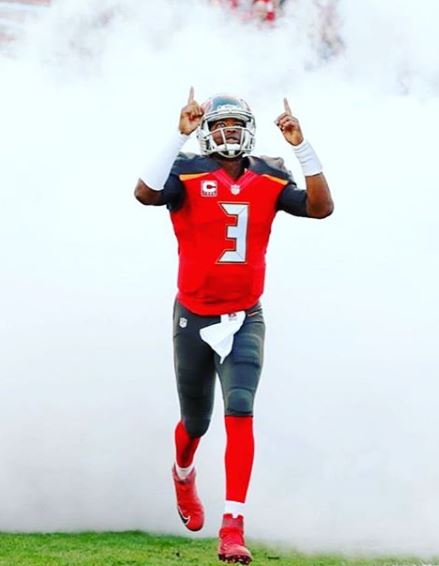 In 2015, Jameis got picked in the first overall by Tampa Bay Buccaneers in the 2015 NFL draft. In his first year, he got the chance to play against Tennessee Titans but lost 42-14 loss. Till 2019, he was named as the youngest player to pass for 3000 yards and 4000 yards and the first player in NFL history to throw 30 interceptions in a season 2019. 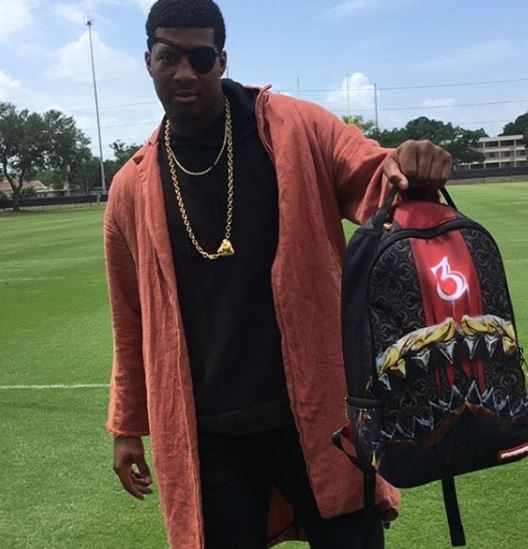 Jameis is engaged to her long-dated-girlfriend, Breion Allen, in 2018. They shared their news through twitter by showcasing their engagement ring with a sweet captioned “#winnings.” 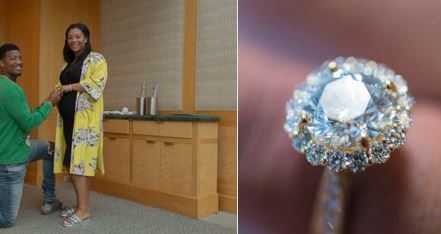 2018 was the special year for the couple as they became parents. They welcomed a son named Antor Malachi Winston on 30th June 2018. On his son’s first birthday, Jameis shared a picture of the toddler with a captioned;

My man is one. Blessed to be your father and excited for what’s next to come I love you Chi! 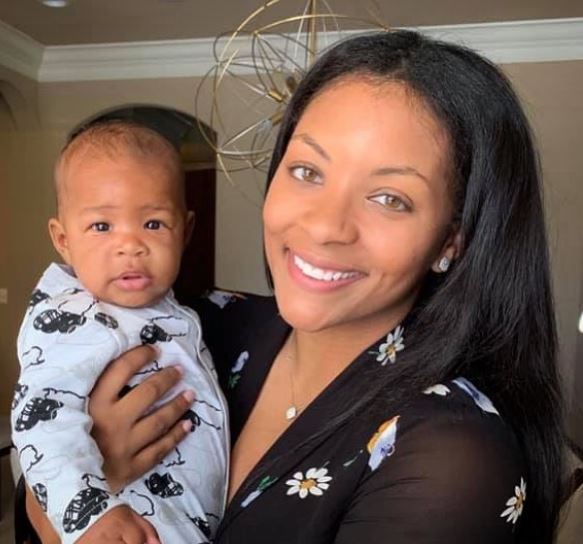 Talking about their relationship, Jameis and Breion first met back in high school in Bessmer, Alabama. During that time, he was playing as the quarterback in High school. 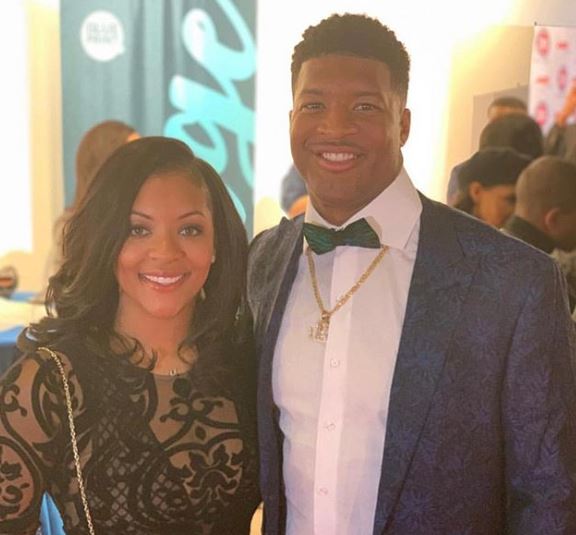 Jameis was born to Winston family and held African American ethnical background. He is the son of Loretta Winston and Antonor Winston. He grew up with his brother, Jonah Winston.

The American quarterback player, Jameis’s height, stands at 6 feet 4 inches and weighs around 103 kg. He has black eyes color and black hair color.