American Entrepreneur, Jamie Siminoff is well-recognized for selling his company, Ring to Amazon in 2018 for an estimated value of $1.2 to $1.8 billion. He founded the company in 2013 as Doorbot and appeared on the TV Show, Shark Tank to find investors for his company.

Jamie was born in Chester, New Jersey, the USA, in the year 1976. His birth sign is Libra and his birthday falls on 18th October. For his education, he attended West Morris Mendham High School and earned an Entrepreneurship degree from Babson College.

In 2013, Jamie came up with the idea of automating traditional doorbells with cameras, an alarm system for better security of the house. He named the company, Doorbot, and funded the company with $364,000 with the help of crowdfunding. In the same year, he went to the TV Show, Shark Tank asking for $70,000 investment for his company.

In the show, he pitched the idea to the Sharks of the video doorbell running with Wi-Fi that helped the users to sync their smartphone, allowing them to see the person ringing the doorbell. The product also had a burglary deterrent feature, but all the four Starks rejected his proposal. Although Kevin offered a loan deal, Jamie rejected the proposal.

After the show, he renamed his company from Doorbot to Ring and went on to make $5 million annual sales. With the growth of the company, many investors like Sir Richard Branson, Goldman Sachs, and Qualcomm Ventures invested around $200 million in the company. On 27th February 2018, he and his company grabbed all the headlines for selling his company, Ring to Amazon for a value of $1.2 billion to $1.8 billion. 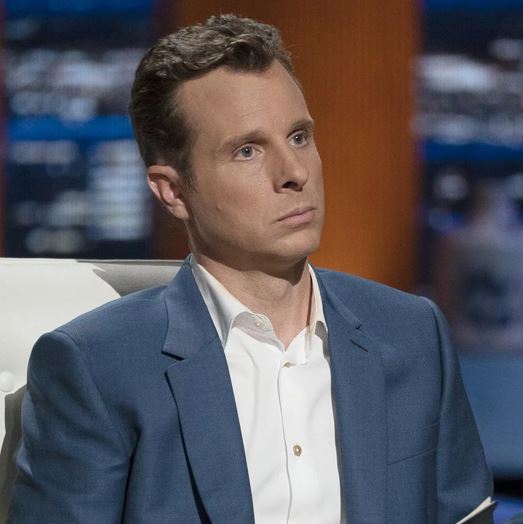 Jamie owned around 20%-30% of the company that would mean, he would gross about $180-$270 million after taxes. As per Celebrity net worth, Jamie accumulated a net worth of about $300 million.

With all these struggles in his career, Jamie had his wife, Erin Lindsey Siminoff by his side who supported him in every aspect of his life. As per her Facebook profile, she graduated from Pepperdine University and worked at the 20th Century Fox Film Corporation.

Jamie married Erin in a private ceremony on 7th October 2006. They have a child named, Oliver who suffered from a disease, Galactosemia at the time of birth.

Jamie grew up in the city of Chester with his parents. His parents always supported him in his career and credited his family for his success.

As for the body measurements of Jamie Siminoff, there are no details available. He has brown hair color with light brown eyes.