Jasmine is an American actress and singer who rose into prominence from the 2015 Broadway musical, Hamilton, as dual roles of Peggy Schuyler and Maria Reynolds. She garnered Primetime Emmy from the #freeayshawn as Tyisha.

Jasmine Cephas Jones was born in New York City, New York, in 1989. His birthday falls on the 21st of July, whose zodiac sign is Cancer. She possesses mixed ethnicity and holds the American nationality.

Jasmine started her acting career by appearing in the Television series Blue Bloods as Shania Costa in 2013. The same year, she portrayed in the film Titus as Jessica. In 2014, she appeared in Fairfield as Lindsey and as Elle in Unforgettable of season 2.

In 2015, Jasmine portrayed in the original Off-Broadway production of Hamilton with Maria Reynolds and Margarita “Peggy” Schuyler Van Rensselaer. She also won the Grammy Award for her work on the Hamilton cast album. The same year, she cast as Jessica in Titus. 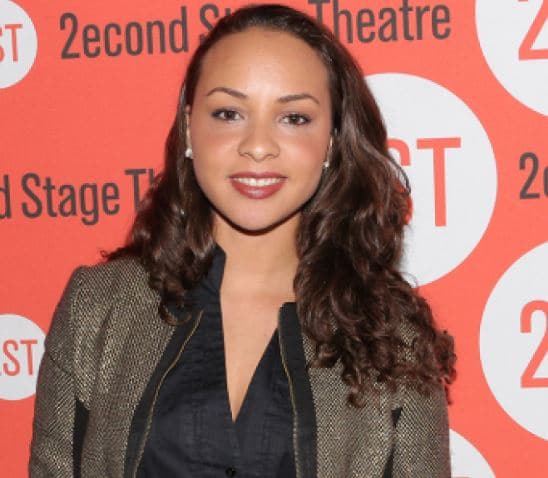 In 2018, Jasmine came into films – Blindspotting, Monsters and Men, and Dogs. The same year, she played as Addie Widget in the TV show, Midnight, Texas. She has also appeared in the TV shows and films like Hamilton, Honest Thief, Mrs. Fletcher, and many more.

As of 2020, Jasmine’s net worth remains under review.

Jasmine shares her happily married life with an actor, Anthony Ramos. The couple first met during the rehearsals of Hamilton in 2014. Their relationship was confirmed from New Year’s Eve photo where they were to the show’s Off-Broadway premiere at the Public Theater in early 2015.

In May 2016, they did red carpet debut as a couple at the production of Daphne’s Dive in New York City. Then in November 2016, Jasmine wrote about her partner’s exit from Hamilton that.

“Happy Trails to the love of my life @anthony_ramos_nyc. You give your heart and soul every night 8 times a week and I’m going to miss sharing the stage with you 🙂 Now go on and be the shining bright star that you are!!! #original #straightothetop.” 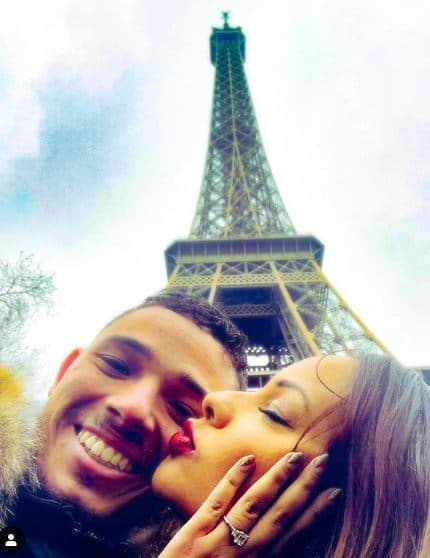 By working together for many years, the lovebirds surprise their fans with engagement news; as they posed in front of the Eiffel Tower on December 2018. He wrote,

“Thank you for saying yes to writing stories together for the rest of our lives. I’m honored and Blessed to marry you. LEGOOO 💍🕺🏻💃🏽,”

Jasmine was born in the family of Jones to parents Ron Cephas Jones and Kim Lesley. Her father is a famous actor whereas a British-born jazz singer. Though she was born in New York, Jasmine grew up in Midwood, Brooklyn.

Talking about her education, she enrolled Fiorello H. LaGuardia High School of Music & Art and Performing Arts and Berklee College of Music. Then, she graduated from the Neighborhood Playhouse School of the Theatre in 2011.

The beautiful actress, Jasmine, has a height of 5 feet 5 inches and weighs around 60kgs. She has curly black hair along with black eyes.