Jason Mantzoukas is a versatile actor who has been active in the entertainment industry for over two decades. He is best known for his recurring role in the FX comedy series The League, where he played Rafi. Besides, he is one of the co-hosts of the podcast How Did This Get Made?.

Originally from Nahant, Massachusetts, Jason Mantzoukas was born on 18 December 1972 under the star sign Sagittarius. The 48 years old actor is American by nationality and belongs to Greek-Americans ethnicity. He graduated from Swampscott High School in 1991 and then joined Middlebury College, where he majored in religion.

Growing up, Mantzouka had an interest in music. At the age of 10, he took drum lessons and studied under Steve Barrett for over eight years. During his junior and senior years of high school, he started writing comedy sketches. He then began performing improvisational comedy at the Upright Citizens Brigade Theater under the guidance of Amy Poehler. 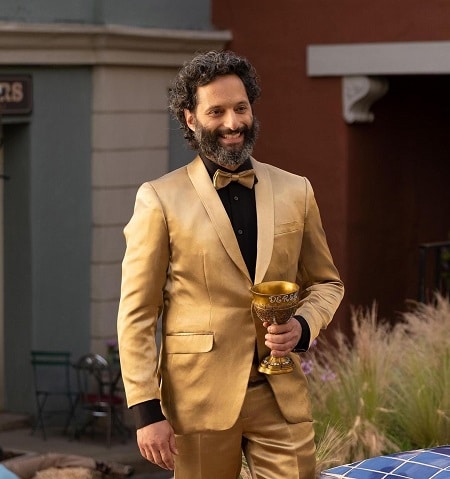 For several years, Mantzouka and Ed Herbstman performed as the comedy duo, “The Mantzoukas Brothers.” He then formed a team with Jessica St. Clair and appeared in shows such as We Used to Go Out and First Date. They also performed on the podcast Womp It Up.

Mantzouka has starred in numerous films and TV series such as Baby Mama, The Dictator, John Wick: Chapter 3 – Parabellum, Modern Family, Brooklyn Nine-Nine, The League, Kroll Show, and Parks & Recreation, to name a few. As a writer, he has worked for the buddy cop comedy Ride Along, Childrens Hospital, and Portlandia.

The Dictator actor has earned a colossal net worth from his improv comedy, acting, and writing career. As of December 2020, he has an estimated net worth of $2 million.

The comedian has largely kept his personal life away from the spotlight. He hasn’t divulged any information whether he is single or dating somebody. However, he previously dated actress Connie Britton. His ex-girlfriend is best known for her roles in Spin City and Friday Night Lights.

Although no specific details about Mantzoukas’ affair with Britton prevailed, they supposedly split after dating each other for two years in 2009.

The League actor was born to parents Cynthia and William Mantzoukas. He is the eldest child of his parents. Both his parents are of Greek descent. He grew up with his younger sister named Melissa. 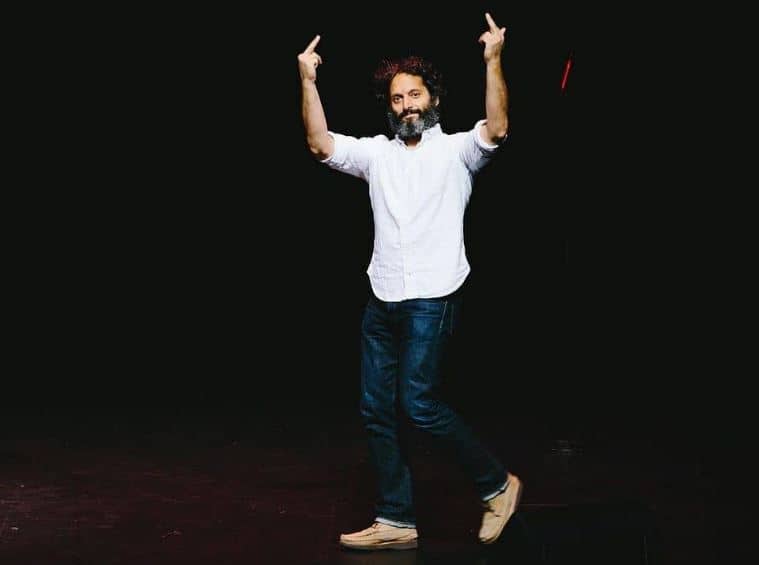 Mantzoukas has a decent height of 5 feet 10 inches tall. He has a slim, thin body that weighs around 69 kg. He has black hair and dark brown eyes.