Jason Momoa, an American actor, writer, and model, rose to a career-high with his role as Aquaman in the DC Franchise movie. He started his work in the DC Universe with Batman VS Superman: Dawn of Justice and the fans have loved him for his performance in each film. Also, Jason is famous for his appearance in the HBO TV Series, Game of Thrones as Khal Drogo.

Jason was born in Honolulu, Hawaii, the USA on 1st August 1979. He is of American nationality and part of the mixed ethnicity with Hawaiian, German, American descent. His zodiac sign is Leo. Jason is the son of Joseph Momoa, a painter and Coni (Lemke), a photographer. He attended college primarily to study marine biology but later turned his attention to wildlife biology.

Jason began his career as a model in 1998 when he got spotted by international designer, Takeo Kikuchi who inspired him to pursue a career in modeling. In 1999, he won the Hawaii Model of the year and later hosted Miss Teen Hawaii Contest. At the mere age of 19, Jason landed the role in the action drama series, Baywatch Hawaii followed by Baywatch: Hawaiian Wedding as Jason Loane.

In 2004, Jason landed a role in the TV Series, North Store followed by his role in the series, Stargate Atlantis as Ronon Dex and appeared in the show for about four years. However, in 2011, his career kissed the new heights when he got the role of Khal Drogo in the HBO TV Series, Games of Thrones. With his character, Jason reprised his career and got nominated for Outstanding Performance in Ensemble by Screen Guild Awards. 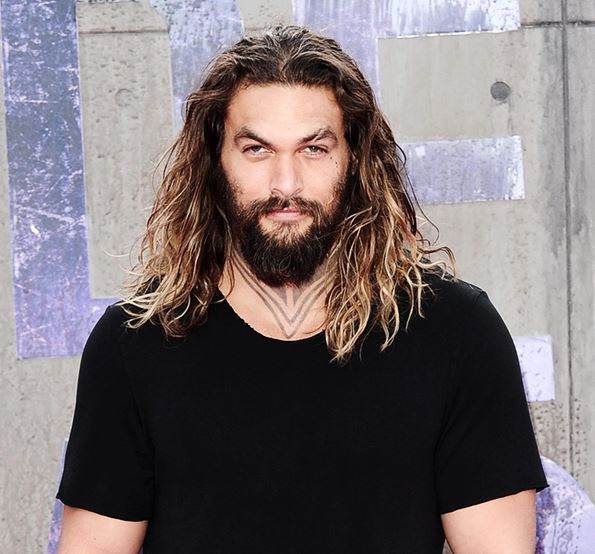 Apart from his TV Career, Jason has made an impact on the big screens with his roles in movies like Conan The Barbarian, Wolves, and Debug. In 2016, he got the role of Aquaman in the DC Franchise and appeared in the film, Superman VS Batman: Dawn of Justice and later in Justice League. Jason’s awaited movie with DC Universe, Aquaman hit the theatres in December which changed the dynamics of DC Universe as fans loved Jason Momoa’s performance in the film and the movie made around $ 943,224,160 worldwide. As of 2019, Jason has lent his voice as Aquaman for The Lego Movie 2 and hosted the Saturday Night Live. With all these works, Jason has acquired the net worth of around $14 million.

Jason is a handsome hunk with whom every girl desire, but the sad news is he is already married the love of his life, Lisa Bonet. The couple met with the help of their mutual friends in 2005, and the couple got married on 15th November 2007.

However, to everybody’s surprise, the news surfaced that Jason and Lisa got legally married in October 2017. With Lisa, he has got two kids named, Lola Iolani Momoa and Nakoa-Wolf Manakauapo Namakaeha Momoa.

Jason loves spending time with his family as he traveled to Iowa taking time out from his busy schedule to meet his grandmother on 7th January 2019.

Jason was born to parents, Joseph, and Coni Momoa in Hawaii. His father, Joseph is a painter whereas his mother, Coni is a photographer. He lives with his wife, Lisa and his two children in Los Angles and has a tattoo on his left pectoral of his two children and Lisa. 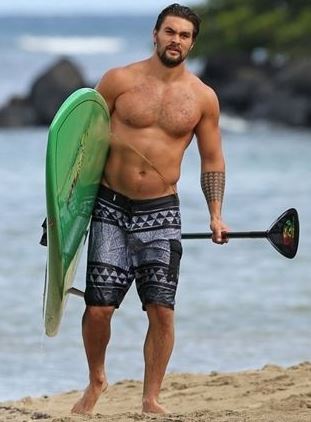 Jason stands tall with a height of 6 feet and 4 inches and weighs about 106 kgs. With his masculine physique, he has bewildered his fans.