“Chilling Adventures of Sabrina Season 3” premiered on Friday Jan 24, 2020 on Netflix but before the news of the premiere and plot circulated, the star-cast of the same, namely Jaz Sinclair and Ross Lynch came into limelight through their PDAs and their Tiktok video. So who is Jaz Sinclair?

Jaz Sinclair, aged 25, is an American Television and Film actress who began her career at the age of 15 through various short and lesser known films. As of date she is the star-cast of the Netflix series “Chilling Adventures of Sabrina” and is portraying the role of Rosalind Walker.

Jaz’s debut was a 2009 short film named “Into Dust” where she had a small role. Despite her early career which began during her mid teens, she did few roles in short films and movies till 2013. 2013 marked the change in her career path. She was a part of HBO’s documentary series “Masterclass” for two episodes where she was noticed by many. Following the same she appeared in NBC’S “revolution” and TNT’s “Rizzoli and Isles”. Her most critically acclaimed role were in the movies “Paper Towns (2015)” and “When the Boughs Breaks “. Also her character Rosalind Walker in the Netflix series “Chilling Adventures of Sabrina” was well loved by many and this is yet another addition to her success story. 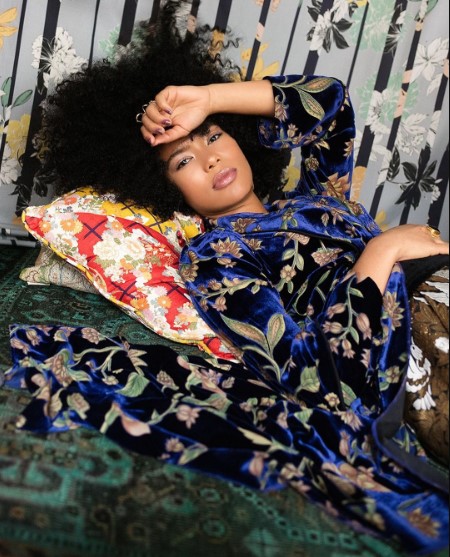 Jaz is managed by United Talent Agency. Considering her movies and series it can be speculated that she has amassed a substantial net worth throughout her career. Her net worth as of 2019 is estimated at around $3 million. The worth of her cars and other possession has not yet been calculated.

Jaz is a very private person who loves her own company. Hence, her past relationships and affairs are quite secure under the wraps. Many of her fans had tweeted and talked about her relationship with her Paper Towns co-star Justice Smith.  There had been a number of adorable tweets back and forth between these two but their relationship was never declared publicly. During the filming of “Chilling Adventures of Sabrina”, there had been lots of speculation about her budding relationship with her co-actor Ross Lynch.  On April last year, they were reported kissing in New York City. Following the same, on August 2019, few talks about their split surfaced.  The character of Lynch is dating the character of Sinclair in the series and their fans have wanted to see them as a real couple since the start of the show.

On Jan 18, 2020, they released a tiktok video together where they were grooving together on the Bruno Mars song and later that day they walked together in the Balmain menswear show on Paris Fashion Week which raised another round of excited cheers among their fans who were shipping them. Their public display of affection was quite evident. But they are yet to announce or confirm that they are an item. They are lovingly called ‘Raz’ by their fans.

Jaz was born in Dallas and later her family moved to New York. Very less in known about her parents besides the fact that her father is an African-American descent and her mother is Italian-Irish-Swedish descent. It is known that she has a younger sister whose name is unknown. She was very close to her grandpa and used to go camping with him during her childhood. 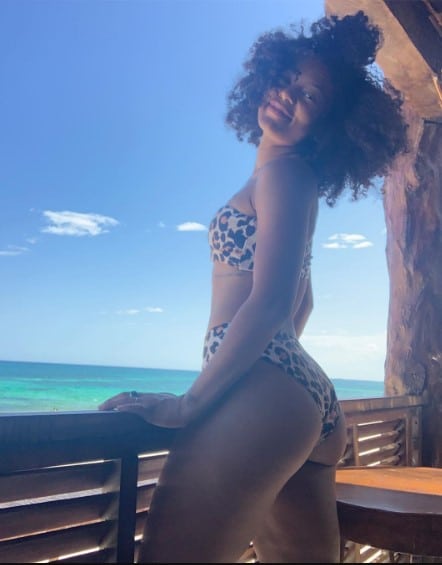 Jaz is a health fanatic and likes keeping herself fit. Her fitness secret is regular exercises and yoga. Besides, she likes running occasionally. She stands at an average height of 5 ft 5 inches and weighs around 53 kilos. Her body measurement is 32-24-34 inches. The beauty rocks the dark brown eyes and equally dark brown and curly hair.