The young generation might recognize Jessica Phyllis Lange from her various roles in American Horror Story. However, the actress has been in the industry for nearly five decades and is the 13th actress to achieve the Triple Crown of Acting, winning two Academy Awards, three Primetime Emmy Awards, and a Tony Award, along with a Screen Actors Guild Award and five Golden Globe Awards. Winning a Golden Globe for her debut role, Jessica is definitely one of the most renowned actresses.

Jessica Lange was born in 1949 in Cloquet, Minnesota. She celebrates her birthday on April 20, which makes her age 73. She holds American nationality and comes from mixed ethnicity of German, Dutch and Finnish. She attended the University of Minnesota.

Jessica Lange Net Worth and Salary 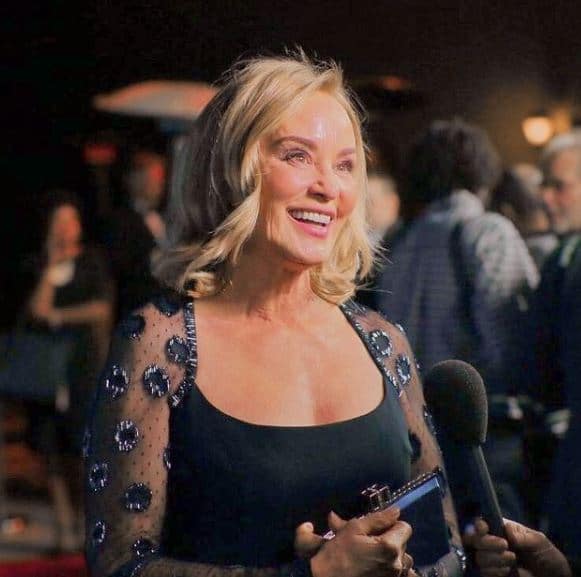 Jessica’s relationship first came into the spotlight when she dated the Spanish photographer, Paco Grande, after first meeting him at the University of Minnesota. Because of her newfound love, the actress dropped out of college and tied the knot with Paco in 1971. However, the pair’s relationship did not last long as they separated in the mid-’70s but divorced in 1981. Likewise, Jessica was already dating Russian-American choreographer Mikhail Baryshnikov in 1976. The pair welcomed their first daughter, Aleksandra “Shura” Baryshnikov.

After her break up in 1982, Jessica crossed paths with the actor Sam Shepard while filming the movie, Frances. A year later, the pair were engaged but did not tie the knot. They split in 2009 and their relationship welcomed two children, a daughter, Hannah Jane, in 1985 and a son, Samuel Walker Shepard, in 1987. Jessica has not been dating anyone publicly since her separation from Sam.

Jessica was born to her father, Albert John Lange, and mother, Dorothy Florence. Her father was a teacher and traveling salesman while her mother was a housewife. Her family also includes her two older sisters, Jane and Ann, and a younger brother, George.

Jessica stands at a height of 5 feet 7 inches. The actress has maintained a flawless body throughout the years. Her facial features include her blonde hair and brown eye color.

How old is Jessica Lange?

Where is Jessica Lange from?

What nationality is Jessica Lange?

Jessica Lange is American by nationality.

What is Jessica Lange's net worth?

Jessica Lange is not married as of now. She, however, was married to Paco Grande in 1971, and divorced in 1981.

How tall is Jessica Lange?