Anyone who lived through the late 2000s will surely remember the Pussycat Dolls as they are one of the best-selling girl groups of all time. When the group entered the music scene, they created a huge bang and made them heard everywhere. As the group confirmed their reunion, many fans of the Dolls cannot control their excitement. However, all attention has been drawn by Jessica Sutta as she reveals her pregnancy. Jessica is a singer and dancer for the Pussycat Dolls. Besides, she also had her own solo career and appeared in few movies and TV shows.

Jessica Lynn Sutta was born in 1982 in Miami, Florida, USA. She celebrates her birthday on May 15, which makes her 38, and her birth sign Taurus. She holds an American nationality and comes from a mixed ethnicity of Irish, Russian, and Polish descent. The dancer attended Miami City Ballet and the New World School of the Arts at 14.

After Jessica moved to Los Angeles in 2003, she worked as a dancer for Smokey Bear. While working, she met the Pussycat Dolls creator, Robin Antin. She joined the Dolls, and in 2005, the group saw the release of their single debut, “Don’t Cha,” which topped the charts in 15 countries while peaking at number two on the US Billboard Hot 100. Their debut album, PCD, sold over 3 million copies in the U.S. Moreover, their second album Doll Domination in 2008 attained their highest peak position on the US Billboard 200. The Pussycat Cat’s Doll Domination Tour grossed over $14 million. As of February 2020, the group has sold more than 15 million albums and 40 singles worldwide. 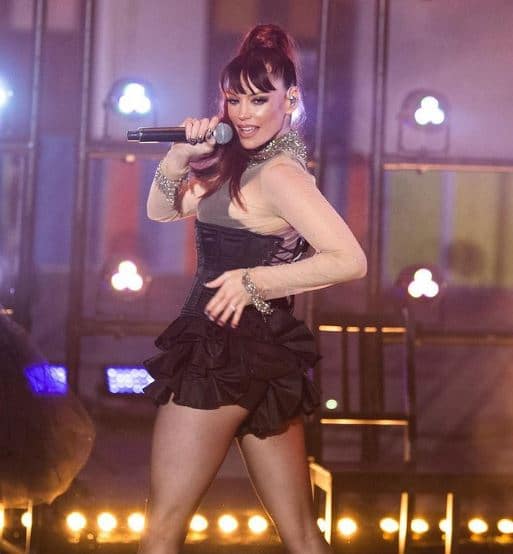 Jessica also embarked on her solo career and released her first solo, “I Wanna Be Bad,” in 2010. In 2013, she released her another single, “Again,” in March. Likewise, the singer released her debut album, Say Yes, in 2017. Besides, Jessica has also appeared in Ocean Ave, Identity, and America’s Next Top Model. She has also played roles in films such as Bully and Bad Boys II. As of 2021, Jessica Sutta holds a net worth of $5 million.

At the peak of her popularity, Jessica was suffering from alcoholism. However, she was abstained from alcohol in 2016 after entering a Beach House Rehab Center in Miami, Florida. Not only did she leave behind her problem, but she also started a new chapter as she met her future husband, Mikey Marquart, a drummer at the rehab. The pair connected over their sobriety journeys and soon started dating. Likewise, the pair were engaged in December 2018 and a year later tied the knot in Malibu on September 14, 2019.

Jessica celebrated her first anniversary on Instagram sharing the picture of the duo from their wedding. She wrote,

“Happy Anniversary @marquartm ❤️Ever since you came into my life you have taught me that true love actually exists.”

Jessica recently announced that she and her husband are expecting their first child to add more to the duo’s happiness. On March 6, she announced the amazing news through a video on her Instagram. 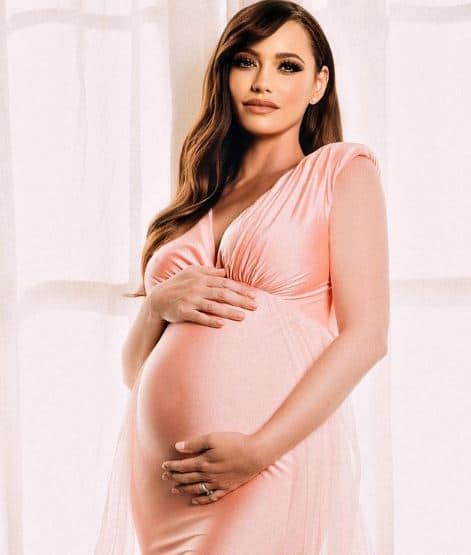 The duo is surely excited to welcome their baby in the coming months.

Jessica Sutta was born to a multicultural family. She was born to her father of Ashkenazi Jewish ethnicity and a mother of Irish ancestry. The dancer has not shared much about her parents. Regardless, she has two siblings-Kevin Sutta and Billy Sutta.

As a member of the popular girl group, Jessica surely possesses an attractive physique. The gorgeous star has a height of 5 feet and 41/2 inches. She has a fit and well-maintained body with amazing curves. While she naturally has dark brown hair, which she often dyes to different colors and brown-colored eyes.