When it comes to the topic of Jessica Tarlov, she is often called Beauty with Brains for not only her beauty but also her intelligence. But you may wonder who is Jessica Tarlov; as she is a political strategist known for appearing on Fox News. She is also better recognized as a senior director of research and consumer insight of the Bustle Digital Group.

Jessica Tarlov was born in New York City of New York in 1984. Jessica’s birthday falls on every 9th of March which makes her zodiac sign, Pisces. She holds an American nationality and Jewish ethnicity.

Jessica started her journey in 2007 as a Project manager and then joined Douglas Schoen LLC as a research assistant. Later, she worked at The London School of Economics as a Graduate Teaching Assistant from 2008-2009. In 2012, Jessica became the Communication and Digital Strategist from the BackBoris Organizations. 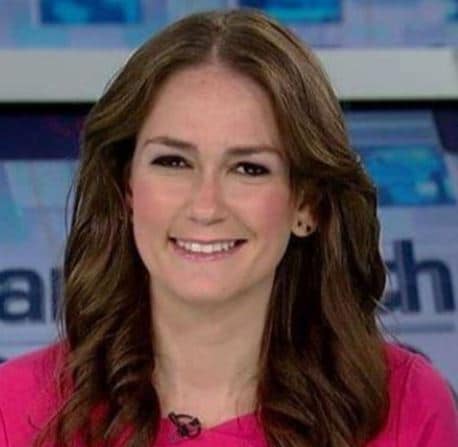 Eventually, Jessica served five years as a Democratic political strategist with Douglas until 2017. Not only that, she even served as a contributor for Fox News Channel and as a Liberal commentator on Fox. Her career got skyrocketed after she joined Bustle as a Senior Director of Research and Consumer Insight.

Furthermore, Jessica is also recognized as an author who has co-authored a book called America in the Age of Trump.

As of 2020, Jessica’s net worth remains under review.

The beautiful Fox contributor, Jessica is dating boyfriend, Roman Kuznetsov. Their romance came to the limelight when Jessica tweeted her being shorter than her boyfriend, whose height stands at 6 feet and 1 inch tall.

Although she disclosed their romance through social media, Jessica hasn’t gushed her boyfriend’s name to the public. But, Jessica has uploaded multiple pictures with her mysterious boyfriend on her Twitter account.

Jessica was born to parents – Mark Tarlov and Judy Roberts. Her father is widely known as a director and producer. She has a younger sister named Molly Tarlov who is an actress famous for the role in series called Awkward.

Many think they’ve got the best dad out there. Happy for yours to be in the company of mine and @mollytarlov ‘s. Happy Father’s Day to all the dads, the ladies doing the dad stuff and really anyone being an amazing role model for a kid. Pretty great thing to do 👌🏻 pic.twitter.com/mMxFrphjs5

Jessica completed her education with a B.A. degree in history from Bryn Mawr College. Then from there, she even got graduated with two master’s degrees in research and political science. Alter, she enrolled at The London School of Economics and Political Science and garnered a Ph.D. degree in political science and government,

Jessica has a height tall height of 5 feet 11 inches and weighs remains unknown. She has both black eyes as well as hair color.