John Karlen was an American actor who got wide recognition from the ABC serial Dark Shadows 1967-71 playing roles like Willie Loomis, Carl Collins and Kendrick Young. He is also known by playing as the main role in Daughters of Darkness in 1971. Not only that, John rose into prominence from the CBS crime series named Cagney & Lacey as Harvey Lacey. he is notable for winning the Emmy award.

John Karlen was born on 28th May 1933 in Brooklyn, New York, the U.S. He died aged 86 in Burbank, California. he held an American nationality and Polish ethnicity. He is the son of Helen Agnes (née Balondowicz) and Adam Marion Karlewicz. Talking about his education, he attended with a scholarship in the American Academy of Dramatic Arts.

The Emmy award winner, John Karlen who is known for playing on the TV series, Cagney & Lacey and Dark Shadows, has died aged 86 on 22nd January 2020.

John’s spokesperson, Jim Pierson told to Associated Press that John died due to congestive heart failure at a hospice in Burbank, California.

On his death, The Dark Shadows News wrote

We are sad to report the death of #DarkShadows actor John Karlen, who played Willie Loomis, the unforgettable foil to Barnabas Collins. John died on January 22 in hospice care in Burbank, California. He was 86 had suffered a number of health setbacks over the past decade…

Therefore, John’s family hasn’t spoken anything about his funeral. We will surely update one of his family reveals John Karlen’s funeral.

John first started his acting experience by appearing on early TV production like Kraft Television Theatre and From These Roots. Then, he began his stage career in Sweet Brid of Youth in 1959. Till the year 1966, he played in the title like Invitation to a March, Arturo Ui, All in Good Time, Monopoly, and Postmark Zero.

In 1959, John appeared in the Television series like Naked City as Chuck and Armstrong Circle Theatre as Pfc. James Cook. He even made into series like The Detectives, The Doctors, Hawk, Hidden Faces and East Side/West Side. Besides that, he gained massive attention from playing the roles of Willie Loomis, Carl Collins, William H Loomis, Kendrick Young, and Desmond Collins in the Dark Shows series from 1967 to 1971. 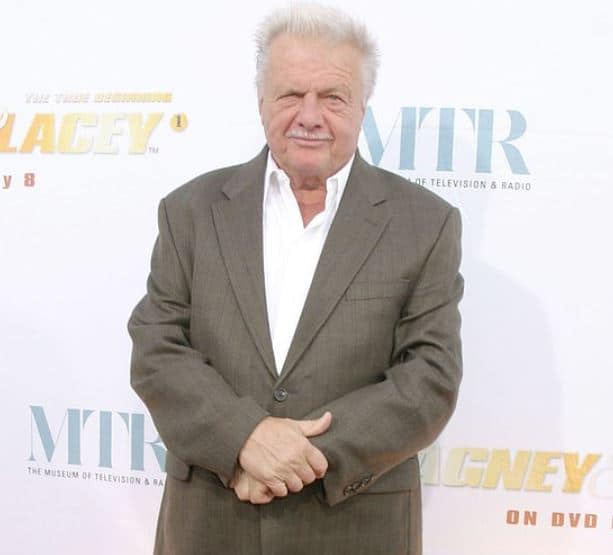 Since 1970, John made a debut in films by casting the role of Willie Loomis in House of Dark Shadows. After a year, he came as Stefan in Daughter of Darkness and as Alex Jenkins in Night of Dark Shadows. He even won Emmy Award for portraying the role Harvey Lacey in a TV series called Cagney & Lacey.

Before his death, John’s net worth was estimated at $1 million.

Before his death, John was married only once. He had a happy married life with his wife, Betty Karlen. The pair had tied their knots in the year 1963. After rejoicing their 35-year-old marriage, the couple got divorced in 1998.

From his long married life, John and Betty became a parent by welcoming a son named Adam who was born in 1966.

John was born with the full name John Adam Karlewicz and possessed Polish descent. He was the son of Adam Marion Karlewicz and Helen Agnes (née Balondowicz).

The Late actor, John’s height stands at 5 feet 10 inches but his weight wasn’t known. Also, he had white color hair and brown eyes.